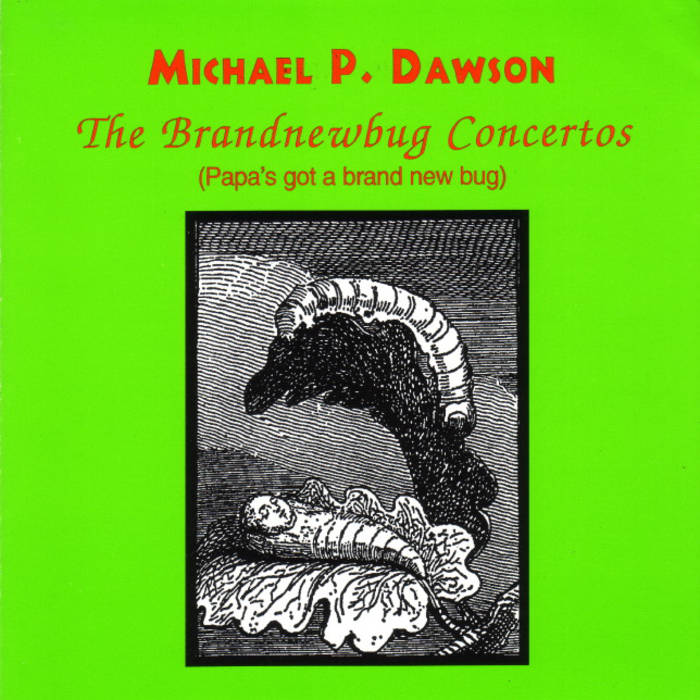 An interesting album indeed. Dawson is a Bay Area composer who originally released an earlier version of this (subtitled "Papa's Got a Brand New Bug") on cassette at the end of 1994. Compositionally, the material here is quite impressive, much of it encompassing a modern neo-classical ethic, building and changing over time, offering unpredictability and measured doses of dissonance. My only gripe is that the entire album is midi programmed, and while many tracks come off well this way, others (most notably "Whirligig") sound very mechanical and cold, and would have benefited from some additional non-programmed instrumentation. "Penguin Dust" is composed entirely of unlikely percussive samples, while "Under the Double Helix" evokes a haunting dreamlike melody. Other tracks of note include "Tycho Brahe," with its Zappa-meets-Ravel's "Bolero" approach, and the ten-minute "Fiery Searcher" with its alternations between an odd-time refrain and variations on the original theme. But the album's best has to be "Doctor Hoffmann's Problem Child," a totally off-the-wall quirk-fest that cuts between several melodic scenarios, all the while maintaining an ever-present rhythm in some odd time signature. Album closer "Hell" is another interesting one that drifts through a dreamscape of sampled space whispers. Overall, highest marks for concept and composition, but the execution could use attention in a couple places. Recommended.