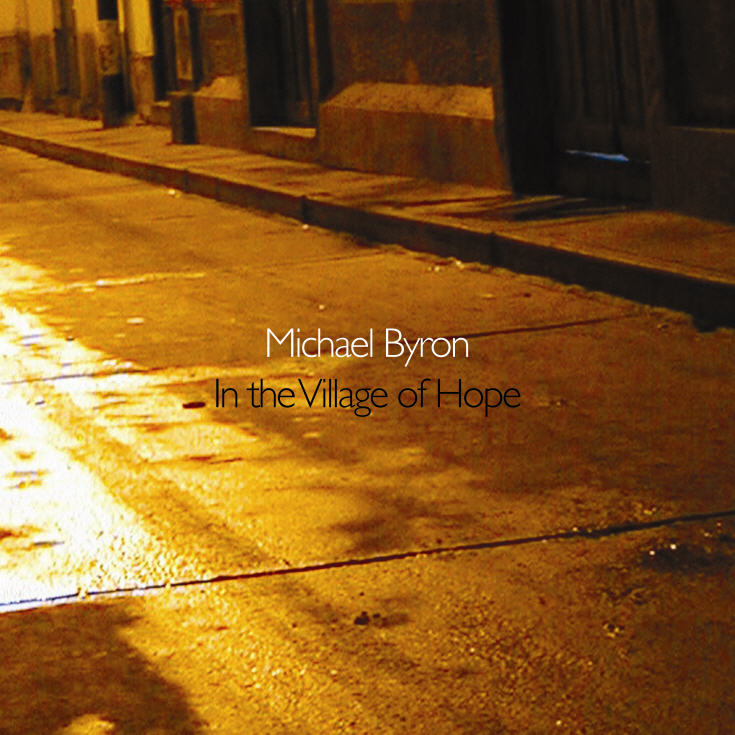 Here we have a case where the composer composes and the performer (someone else besides the composer) executes the composition, although it’s clear that (unlike typical classical music) in this case there was plenty of interaction betweeen harpist Tasha Smith Godinez and the composer Michael Byron; in fact Godinez herself commisioned the piece. In the Village of Hope is a single 22+ minute piece for solo string harp, which tends to stretch all the preconcieved notions and limits about the instrument. The piece follows a restless and often seemingly random melodic pattern that shifts its focus from the higher register strings to the lower strings with regularity, although at all times all registers are present – much depends on where the listener chooses to focus at any given point in time. In addition, the key of the piece changes numerous times along the way. It is seemingly amorphous at the surface, but the deeper and more attentive the listener dwells, the random nature of the piece reveals itself to be pure genius at the compositional level, and unbridled virtuosity in the performance. The sound may remind of wind chimes in the lead-up to a storm, with the notes of the harp sparkling and churning and seemngly finding no resting place, some louder and others softer, creating a textural soundworld that the notes exists within. Truly beautiful and mesmerizing.

Il Sistema - Il Viaggio senza Andata – Ciro Perrino has been Mauro Moroni's right hand man at Mellow Records, so it's not surprising that many of the lost relics released by that label include him and other members of the short...  (1996) » Read more