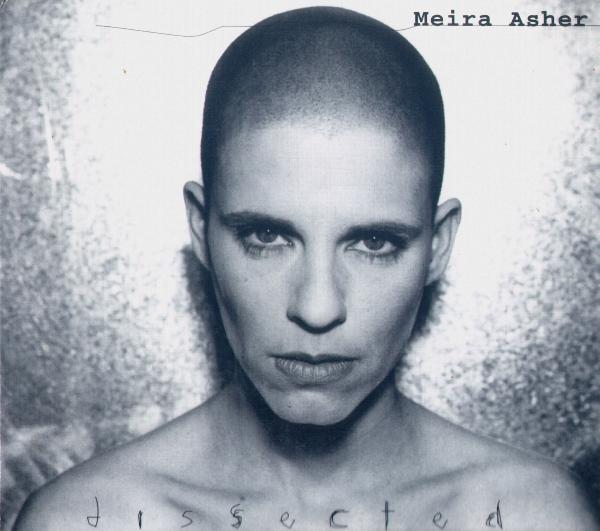 Saying Israeli composer and vocalist Meira Asher is a vanguard comes as a bit of an understatement. Her work has been acclaimed worldwide as she meshes and scrutinizes world culture to fit her compositional and emotive lyrical imagery. Dissected was her first record and each piece of the eight included on her self-performed solo record provides ample clues as to her songwriting passion and ability. The opening track is a melee of incendiary conga drum playing and vocalization setting a forceful tone for the entire disc. “Fair and Ruddy” is underpinned with digeridoo while the singer imparts a story of torture and abuse. “Give Peace” is perhaps the most compelling song in the collection due in part to the harp accompaniment offset by French lyrical delivery and a mournful vocal backdrop. Asher’s incorporation of tabla for ‘Psalms 19” works especially well putting the end results much in the terrain of the inspired works of Nusrat Fateh Ali Khan. The ballad “Daddy Came” is perhaps melodically the most memorable on the disc with minimal accordion accompaniment and a sad personalized lyric. Asher’s vocal prowess is consistently the most entrancing element of each of her pieces whether exploring extreme topics as disturbing as the horrors of aids or physical torture. Closing out the collection of eight pieces is another tradition piece emphasizing percussion and exotic vocalese. Overall Asher’s initial recording stands as a beacon in the Israeli music scene, establishing her as an artist to keep track of as her best work has just begun.