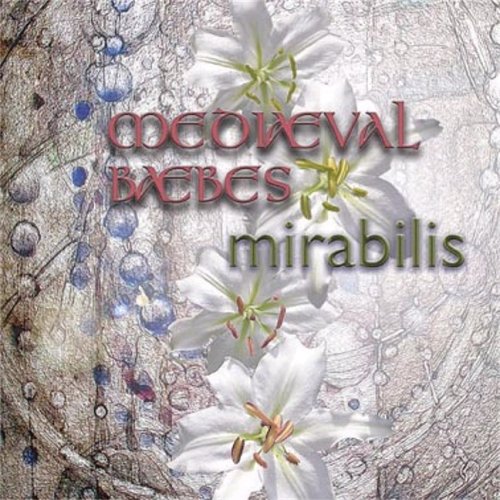 Collecting eight women into a chorus to perform English folk classics and traditional music is nothing new. What the Mediæval Bæbes do differently however is based on their capable execution, making their performance style closer to Clannad’s first recordings rather than like Enya’s popular new agey persona. This collection of 17 performances with various lead singers and exotic female harmonies recalls elements of both the previously named artists. Songs such as “Temptasyon” carry an inimitable traditional style modernized by otherworldly eerie atmospheric singing. Pretty elements of simpler arrangements come through on songs like Robert Burns’ “The Lament,” where key songwriter Kathryn Blake demonstrates her knowledgeable arranging skills. “Musa Venit Carmine” is a Latin round sung convincingly with drums and repeated phrasing that works well. “Lhiannan Shee” is the most unsettling performance on the disk as high vocal parts create a swirl of wraithlike unresolved themes. More familiar songs include “Tam Lin” which was also covered by Fairport Convention and Pentangle. In this incarnation, Marie Findley guides the piece into an arrangement one could have heard on Clannad’s Macalla album. “Scarborough Fayre” was covered by Simon and Garfunkel in the mid 60s and here retains a fitting ghostly quality. Overall the only missing point is the live presentation by the band, which unfortunately has yet to make many stateside visits.