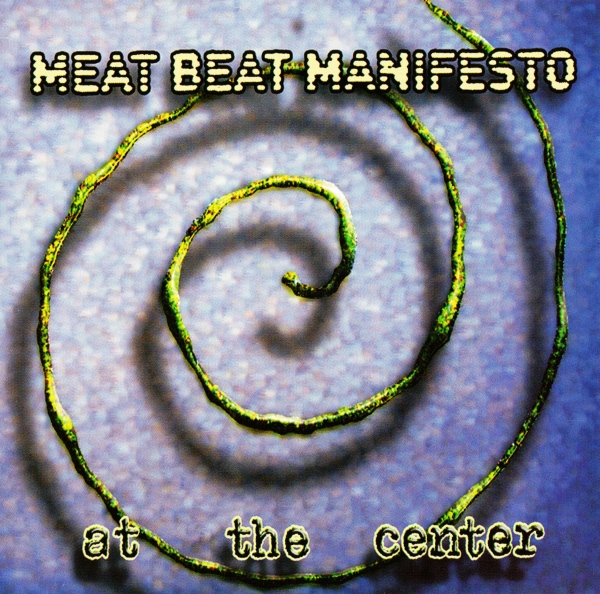 Meat Beat Manifesto is in actuality the brainchild of audio menace Jack Dangers. Previous recordings by the artist ranged from sonic deconstruction and techno experiments that highlighted rave friendly dance tracks in parallel to screeching shreds of noise. Across these twelve pieces the composer’s muse is directed again to a crafted blend of the aforementioned inputs as well as a jazzy intelligent thread (due to keyboardist Craig Taborn’s understated contributions). In fact much of Danger’s incorporation of bass flute gives the CD a smooth delivery and a clever chill that builds on motifs any Jimmy Smith fan can easily appreciate (especially recognizable on the disc opener, “Wild”). That all important second piece, “Flute Thang” is carried by Peter Gordon’s melodic fluttery interjections and soloing (after a brief Arabic recitation). Taborn’s fluid piano playing is also an important showcase performance to single out on “Want Ads One” where a 1957 recitation provides the solo vocal track. The follow-on track later on in the running order is a bit more dreamy and superfluous as per the composer’s mindset. Several of the other pieces occupy the same range of drum backbeats which creates a 50s club mood with bass clarinet holding down the low end. Taborn’s electric piano is also a key element in the minimalist approach where back beats meet grooves head on as heard on “Shotgun.” Closing out the disc is the outright spacey “Granulation 1” that serves as a reminder of Danger’s fascination with the mysterious and the macabre. Overall it’s a distinct jazz tone that the artist has created for his audience which will serve him well in audio and technofile circles.