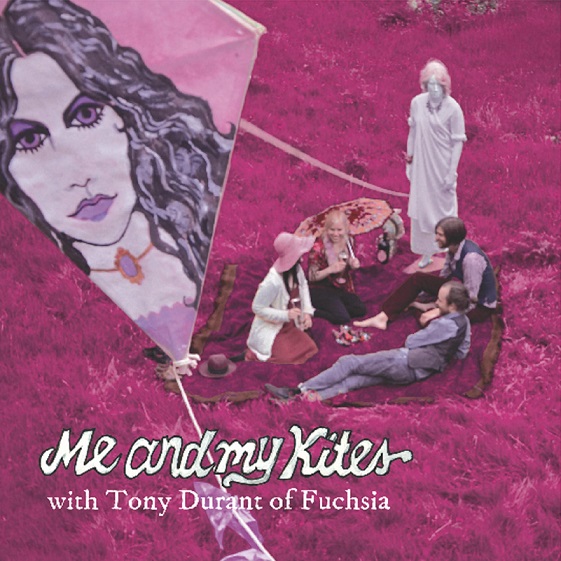 In order to put things into a bit of context I have to step back to 1970 and the British acid-folk band Fuchsia led by Tony Durant, named after Fuchsia Groan from Mervyn Peake’s Gormenghast trilogy. They recorded one album in 1971 and then disbanded. This album became legendary and a cult favorite. Fast forward to the present day and to Sweden where a young acid-folk band has taken their name from a song on Fuchsia’s album, “Me and My Kites.” Me and My Kites released their first album Like a Dream Back Then earlier this year. During the sessions bandleader David Svedmyr heard some Fuchsia demos for a second album from 1972 and immediately decided to cover the song “The Band” in homage. David chanced upon Tony Durant’s email address and sent him some demo tracks that impressed Tony. David then proposed that Me and My Kites record “The Band” with Tony on vocals, and the rest is history. Today we have a new FdM 7-inch with two songs. The A side is the “new” Fuchsia song “The Band” and the B side is an extended version of Me and My Kites’ “Isis in Heaven” from their debut album. Personally, I am unfamiliar with Fuchsia, so I have no point of reference to compare this disc. Nevertheless, “The Band” is three minutes of pure psych-pop. “Isis in Heaven” has more of an acid-folk vibe and a bit more experimental. Mixed in with the usual groovy psych elements there is also a harp and mid-way through the music is reversed, reminding me of the techniques on Sgt. Pepper. One subtle touch is the kite on the cover art contains an image from Fuchsia’s album.