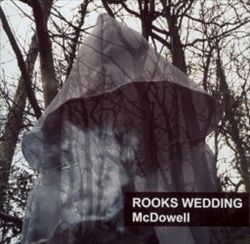 Considering the cover of this album, you d think that a degree of magic or mystery would surround this album. Mark McDowell has spent a short amount of time in the UK underground scene with Spectrasonic before releasing his first album on his own label. The clues to the singer-songwriter's direction come in part from closing piece, an obscure Donovan cover, "Widow with Shawl" from his For Little Ones LP in 1967. Emphasizing folksy roots and a semi-traditional style piece offset by a few spacey sound effects and backing organ. The set of thirteen overall pieces are a pastoral meandering through the styles of acoustic T. Rex and Nick Drake (but less stark). The album's opener, "In Silence," is a quiet dirge that carries an eerie backdrop with occasional stabs of trumpet. "All Those Years" is an ode for the soldier who doesn t return from a foreign war, characterized by slide guitar and Hammond organ flourishes. "Cajun Dust" is one of the longer pieces on the album with more involved arrangements – the twist is a techno rhythmic opening against some bluegrass acoustic playing. "Chinese Year" harkens back to many of Bob Dylan's 60s ballad works while "She Fell Away" is probably the most successful ballad, with much in common with Tim Hardin's work. Short vignettes such as "Inky Blank" and "Weobly Rose" develop quickly in less than two-minute presentations much like Donovan's very earliest works. Overall the album is a pretty consistent work as the artist has been making a splash in the U.K. folk/alternative clubs to much appreciation.