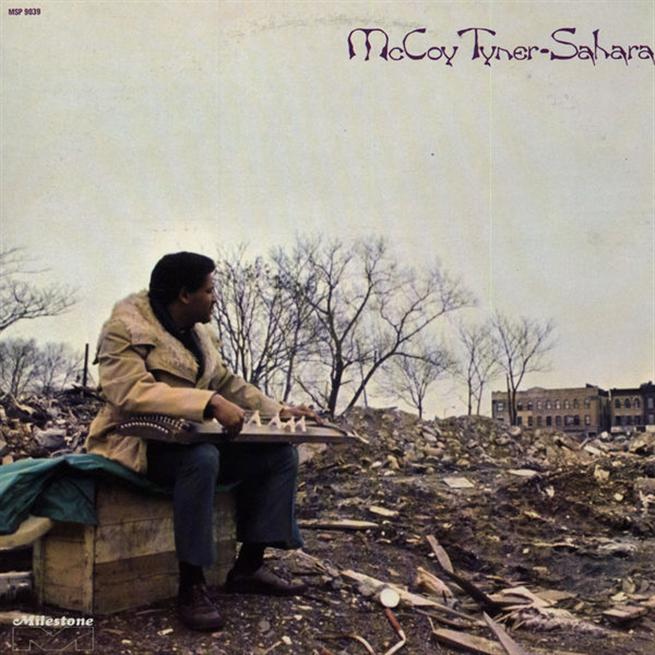 There are few musicians who I respect and admire more than the legendary pianist McCoy Tyner, one fourth of John Coltrane's classic quartet. His catalog is one of the deepest out there and he recorded excellent albums for almost his entire Milestone career and many afterwards. I always think of his poise and grace when I hear some new pop star mouth off in public about what a genius he is and then turn to this, real and actual, genius and his gentle humility and respect for his peers in interviews. I've seen him live at least four times and there wasn't a show that left me disappointed, in fact he's the very epitome of the mature musician. Of all his albums, this two-time Grammy nominated early 70s album, his first for the Milestone label, is still my favorite of his. Apparently before he got signed he actually ended up driving cabs after he was dropped from Blue Note. His return was a huge deal and this recording has some of his most hard-driving, dexterous piano playing on album, along with some rather beautiful gentle work as well. There's even a great sounding MFSL CD of this one to highlight what a well-recorded and clear session it was.