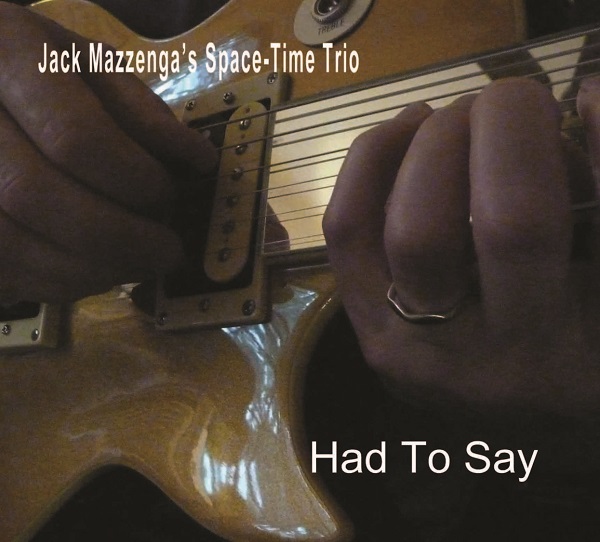 As a young and undoubtedly snobbish listener, I remember the time in the late 70s when I first heard Dixie Dregs. It was obviously related to progressive rock, and the musicians were superbly talented, but it had elements of the detestable genres of country and bluegrass. I've since come to realize that every genre has its good and bad representatives, but at the time I was thrown for a loop. Jack Mazzenga operates in a similar vein, at least sometimes, plus some elements of blues, surf, and more tossed in as well. With the added twist that his main instrument is a fretless electric guitar, an instrument I had previously only encountered in the context of either avant-jazz or being used for "exotic" lead lines. Mazzenga somehow manages to play chords, mostly broken up rhythmically in ways more common in funk and country pickin' than in boundary-pushing music. That being said, most of the tunes here wouldn't raise any eyebrows if they showed up in a different context where you might expect to hear somewhat jazzy southern rock. In addition to the Dregs, you could compare it to Derek Trucks' or Little Feat's instrumental tunes. Mazzenga's band is augmented by horns on several of the tunes, and he also has Neil Haverstick along as a guest. There's nothing pretentious or grandiose here, just a great sense of fun and the feeling that these guys could crank out this stuff all night. There's superb playing throughout, and enough variety to keep interest for 15 tracks. One of my favorites is "Lefthanded Compliment," which features some of the craziest, most distorted lead work, a bit like Jeff Beck playing the nastiest slide, and when the wah-wah kicks in, you just gotta yell, "Woo-ha!" There are also some really nice acoustic tracks, all with the edge of tonal ambiguity possible when you don't have frets to tie you to standard intonation. So all you guitar geeks out there, give Mazzenga a listen and have your horizon expanded a bit. And now my bottle of Jack is dry, so I'm outta here.