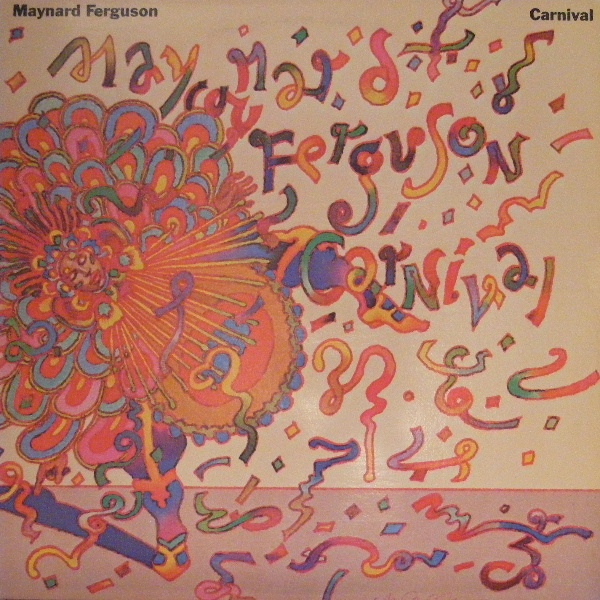 For those of you uninitiated, Maynard Ferguson was part of the jazz-rock scene originating from the stable of jazz players who broke out under the auspices of Stan Kenton's big band. Carnival was Ferguson and his sixteen-piece band's eighth and possibly his most successful blend from the big band jazz direction incorporating 70s modern rock covers. Brass arrangements were the rage, often informed by radio in a trend that has vanished from today's pop world. This LP showcased a peak of the trumpeter's ability to re-configure familiar tunes of the day and fit brass arrangements that didn't choke the original melody. The real meat and potatoes of the group lies in the new pieces such as the opening "M.F. Carnival"; it captures the essence of the big band's sound as arranged by keyboardist Biff Hannon. The piece opens with Spanish guitar from John Qdini before Ferguson's broad tone solo comes in. Tracks such as Earth Wind and Fire's funky top ten hit "Fantasy" and Gerry Rafferty's "Baker Street" are the better-known tracks on the disc. "Stella by Starlight" finds the group in a far more traditional jazz mode with trombonists Nick Lane and Phil Gray carrying the bulk of the melodic load with some exceptional charts. Weather Report's "Birdland" is given the big band rendition with Qdini rocking it up a bit too. Overall this work stands as a high water mark for Ferguson and his ensemble.