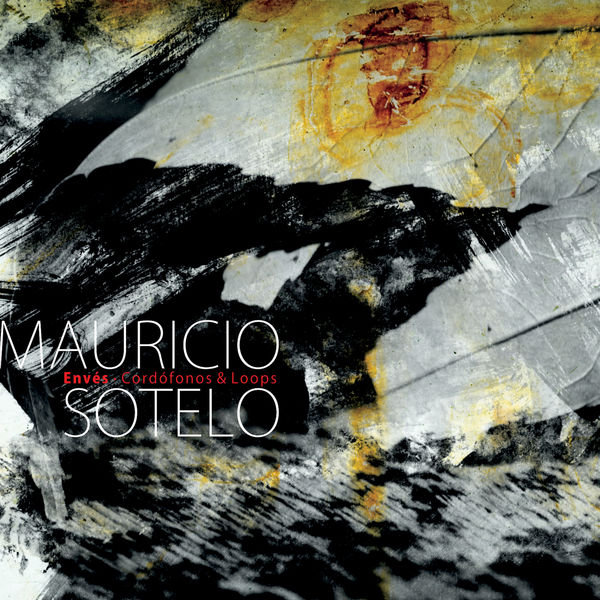 Mauricio Sotelo is one half of Cabezas de Cera, the ‘stringed instrument’ half, as opposed to the ‘percussionist’ half Francisco Sotelo. Cabezas de Cera have a new live album out, but that’s another review for another day. Most of the eight tracks here on Envés – Cordofonos & Loops are solo mostly-instrumental improvisations performed on one or more unusual stringed instruments, many are overdubbed with a second or perhaps even third instrument, and with only a few exceptions all are somewhat avant-garde, though ear friendly. Mauricio typically plays a Chapman Stick in his work with CdC, though if you’ve seen them live, they often do solo performances on many unusual, often home-made or completely custom looking instruments. Several of the eight tracks here are performed using the Jarana Prisma, a four string acoustic instrument with a floating bridge over an elongated wooden body outfitted with a guitar neck, which all summed up sounds fairly close to a tenor guitar, used on “Canto Solo” and “Jarana del Nuevo Sendero.” Another instrument used numerous times throughout is the Railboard, a new model of Chapman Stick made entirely of aluminum, which can be heard on “Rey Milagro” along with 12-string guitar and one of the few pieces here that features vocals, as well as “Stick Pop” which is essentially a solo looped piece that features all of the unusual sounds the instrument can create. Tricordio is a three stringed instrument with a metal body which can be bowed or strick, and features on the fourth cut, “Caballito de Mar.” One can see photos of many of these instruments on the CDC website, which helps make sense of the sounds one hears throughout this listening experience. All taken, this is a most interesting listen, and well worthy of investigating.