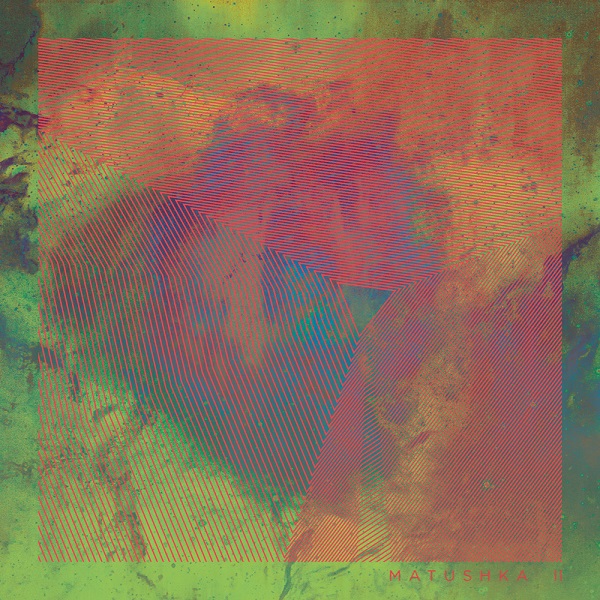 From a distance of thousands of miles away from Russia, it seems that there’s a burgeoning psychedelic rock scene there. I don’t know how real that impression is – after all, Russia is a very large country, and there’s a selection bias at work, since only certain types of bands are likely to contact Exposé writers. Psychedelic bands are one of those types, and in recent memory there’s been Grey Mouse and Ole Lukkoye – seems like there have been others as well. Matushka is a St. Petersburg band whose take on psychedelic rock includes elements of space rock, post rock, and even a little math rock. The band is a trio consisting of Timophey Goryashin (guitar), Konstantin Kotov (drums), and Maxim Zhuravlev (bass), and I’d swear I hear some keyboards at times, though they’re not mentioned in the credits. Their M.O. is based on driving riffs topped with spaced-out, effects-laden guitar, but the four tracks on II exhibit enough variety to not sound too redundant. Hawkwind is definitely in their list of influences, and it’s likely that Acid Mothers Temple are as well, though being purely instrumental and not featuring endless guitar solos does move them away from those. And while the riffs are energetic, there’s a looseness to them in feel. The times when there’s a break in the wall of sound provide some of the best moments, as at the very end of “As Bartenders and Bouncers Dance” and at times through “Meditation” (which is not a very meditative piece at all). This latter track is probably my favorite – it’s the shortest at 5:16, and in its second half works into a great unison riff with bass and guitar together on some irregular accents that are a lot of fun. The set finishes off with “Drezina,” just shy of 20 minutes. It starts quietly with acoustic guitar and glockenspiel, but that only lasts a minute and a half, then the drums, bass, and electric guitar come in with a vengeance. This track is also where Goryashin lets loose on guitar, for the only extended soloing on the album – if it had more in the way of twiddly synthesizer going on, it could pass for an Acid Mothers Temple track. Matushka are a worthy entry into the ranks of space / psych purveyors worldwide.