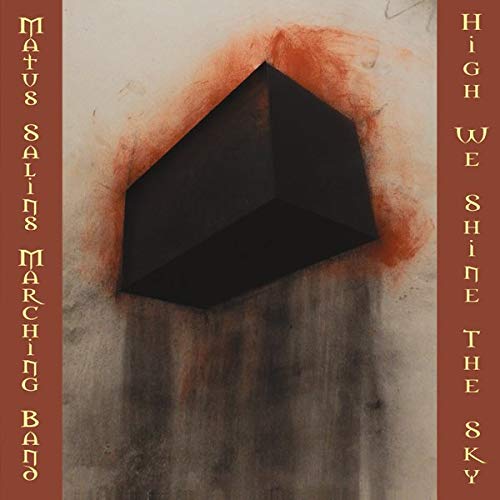 Before you skip to the next review based only on the artist’s name, be advised this is not a marching band, not by any means; in fact Matus Salins Marching Band would better be described as a folk duo — no drums, no brass, no marching cadence, nothing like that. One half of the duo is Jim Matus, someone we have covered often in Exposé, both in his days as one of the principals in the jazz-fusion band Paranoise, and later his world music ensemble Mawwal, among numerous other endeavors. Here he plays laoutar (an electric hybrid of a Greek lauto, or lute, and a mandocello, eight strings in four courses, the lower three tuned an octave apart), guitar, and backing vocals. Laila Salins is the other half of the duo, offering her unique lead vocals, harmonium, and guitar, her past musical endeavors being primarily as a folk and jazz singer, as well as 20th Century chamber music instrumentalist. Both Matus and Salins were members of the four-piece TalaMana ensemble, who toured eastern Europe in support of their song cycle Songs along the Amber Road in 2014. Here on their latest release High We Shine the Sky the duo shares the composition duties — twelve tracks in all, covering a variety of styles and subjects. The guitars and laoutar form a beautiful and intricate tapestry over which the songs and stories are spun, making for a near-magical explorative experience, with Matus’ world music background with Mawwal having a powerful influence. The make-or-break might well be Salins’ vocals, often a bit too free and occasionally veering into off-key territory, sometimes reminiscent of Dagmar Krause on Western Culture, though most of the time she nails it, and with repeated listens the shock of the rough edges wears off. And when she and Matus are harmonizing, the result can be quite lovely and powerful overall. Overall, High We Shine the Sky is a powerful new entry into the realm of pan-cultural folk sounds.