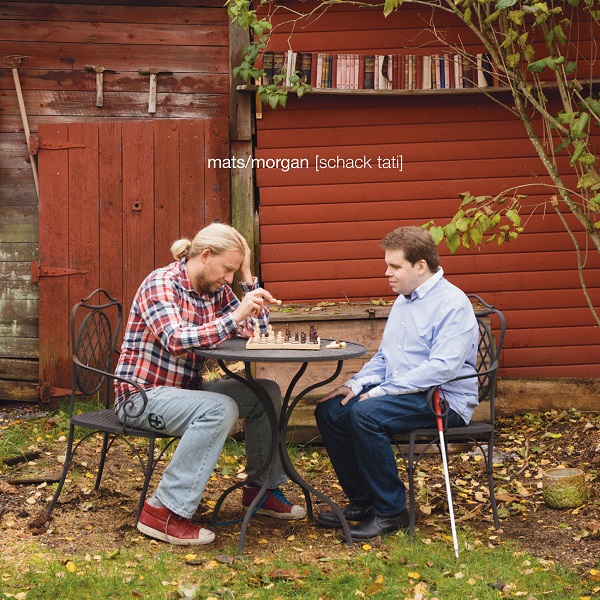 One recurring trope of martial arts movies is the transcendent master who has skills beyond those of normal mortals, capabilities that defy gravity and reason. Leaping buildings, executing maneuvers while balanced on the tip of a pole, running on the surface of a lake, moving faster than bullets in flight — whatever the fight choreographers can dream up and the special effects crew can pull off. Morgan Ågren and Mats Öberg are like that with music. Listening to [schack tati] is like watching a fight scene from Crouching Tiger, Hidden Dragon, or better yet, The Matrix. It's pretty darn amazing, and beautiful, but it just doesn't seem real. I suppose on some level, you could say it isn't real, at least not in the sense of being played live by real musicians — it is carefully constructed music built in a studio, aiming for amazing sounds outside the constraints of what hands and fingers can do. As their live recordings attest, these guys are astoundingly adept, but they also take advantage of the full capabilities of a modern studio (in this case, the one Ågren has built in a shed on his property). Guests, including Simon Steensland, provide some added sounds, but it is primarily Mats and Morgan overdubbing, tweaking, and assembling sounds. A couple of tracks feature only Ågren, on various instruments and programming; another features Ågren and guests without Öberg. Their background as Zappa proteges is apparent, but their attention wanders throughout our world of music, borrowing freely and modifying in wildly creative ways. All in all, this is an astounding journey, full of amazing and amusing sounds, another chapter in the fantastic journey of these magical Swedes.