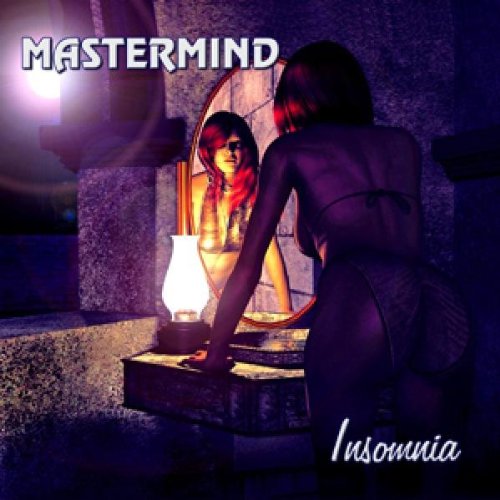 In 2005, five years after their previous, Angels of the Apocalypse, a Mastermind single called “Broken” appeared, featuring three new songs, an extended mix of the title cut, and four great live cuts – close to 45 minutes in all, featuring their new singer Tracy McShane, plus a mention that the full length, all-new Insomnia album would be coming in 2006. Well, so it took a bit more time than expected, but the album is finally here. Two cuts from the single are here along with eight new tracks, and after half a dozen listens I think it’s safe to say this is exactly the kind of record that Mastermind fans would be expecting – a tight-as-a-nut performance from brothers Bill and Rich Berends (guitar / vox and drums respectively), keyboardist Jens Johansson, and McShane’s powerful voice out front guiding the proceedings, with an assortment of different bassists, track depending. The sound is a solid hard-rock oriented progressive, but avoids the clichés of ‘prog metal,’ instead calling muses from an earlier time, before metal, and forming it into a blistering attack that is at once forceful, effective and satisfying. Unlike some of the earlier discs, there is only one instrumental here, but I’m not complaining. Guitarist Berends handles nearly all the songwriting and lyrics, as was the case on the six previous studio albums (all revisited in preparation for this review), but the result here tops all of those; that’s correct – I’m saying this is Mastermind’s best album to date.