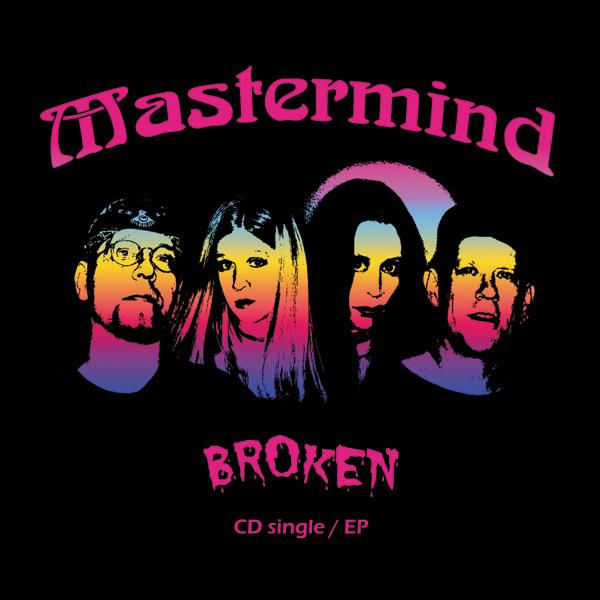 The cover says this is a CD single / EP, but the total playing time is 44 minutes – hell, that’s longer than the full length In-a-gadda-da-vida LP, so what gives? As it turns out, the first two songs (including the opening title) are from an upcoming full length CD, Insomnia, due for release sometime in 2006, the third track is unreleased, and four additional cuts are live in the studio rehearsals (excellent sound-wise to these ears) of three songs from previous MM discs (including the instrumental “William Tell Overture”) followed by a respectable cover of Cream’s first hit “I’m So Glad.” And then reprise that with a one-minute longer extended mix of the opener. Mastermind today is brothers Rich and Bill Berends (of course, what did you expect?) on drums and guitar/harmony vocals respectively, bassist/vocalist Laura Johnson, and a powerful female lead vocal presence in Tracy McShane; in fact this is a very different Mastermind that earlier incarnations, even compared to the Angels of the Apocalypse days; the two songs here that were taken from Angels are far stronger as performed by the current lineup – more power, edge and confidence, which is pretty much the case for every song on the disc. It’s been about five years since the band’s last recordings, but Broken is proof that the wait was certainly worth it.

Daimonji - Improg – We really shouldn’t be surprised at the number of different projects involving keyboardist Hoppy Kamiyama and drummer Tatsuya Yoshida. After all, back in the 60s, nobody thought it was odd that...  (2004) » Read more