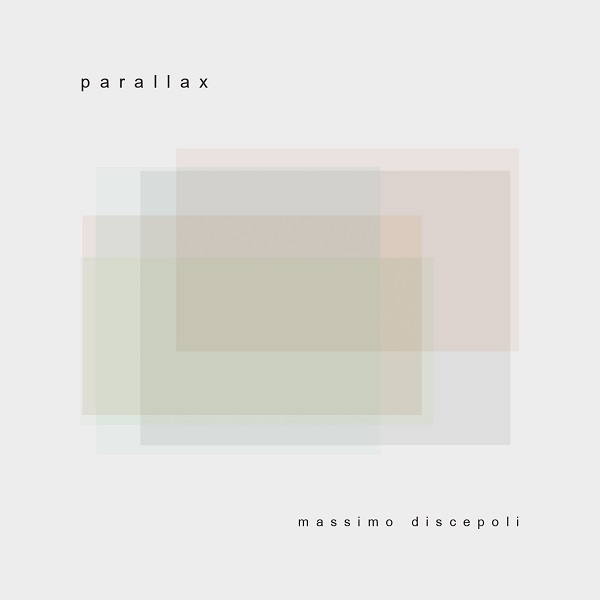 After recording a number of albums using the name Nheap (including Flying and the Silence, previously reviewed), Massimo Discepoli presents Parallax under his own name. Many of the elements and sounds remain from the Nheap work, though he's given more prominence to the drumming now. In spite of this fact, the overall impression of the music is tending towards ambience. The drumming is basically free of patterns and steady tempos, though there is some coordination with the other instruments, which consist mostly of keyboards. Guitar and bass are credited as well, though this is a case where many sounds are indistinguishable as far as source is concerned. In some ways, I'm reminded of something like Cluster and Eno accompanied by a jazz drummer. Sparkling electric piano provides a gentle harmonic pallette while other sounds swim around and cymbals swell. These elements have all been heard before, but not combined in this way; Discepoli deserves commendation for the unexpectied juxtaposition as well as the successful execution of the concept. This could go wrong in so many ways, and the fact that it doesn't is remarkable. It's a fascinating journey from start to finish, through various moods and levels of intensity. "A Random Place in the Sea" is the most sparse, with distant echoes and quietly shimmering sounds, the drums drenched in reverb, the brushes creating an eerie mood; "Parallax" features one of very few actual rhythmic grooves, though it's subtle and not at all aiming for the dance floor. Fans of atmospheric music should give this a listen; it might keep them up at night — in the best possible way.