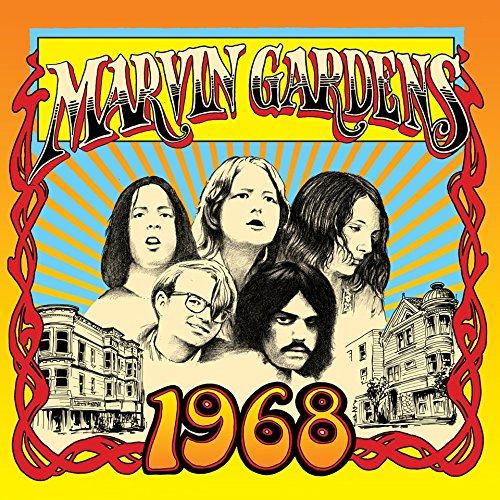 Considering the first wave of 60s San Francisco bands as Jefferson Airplane, Moby Grape, Big Brother & the Holding Company, Quicksilver Messenger Service, and of course the Grateful Dead, then Marvin Gardens was definitely part of the second wave. That initial wave of bands produced mountains of enduring albums, setting the bar higher for the followers. Marvin Gardens, taking their name from the Game of Monopoly, tried to compete but slipped through the cracks into obscurity. Their only legacy was their name on posters of the day. They drew comparisons to Big Brother & the Holding Company as both bands were fronted by a distinctive and compelling female vocalist. In Marvin Gardens’ case that was Carol Duke from Bakersfield, CA, but she was no Janis Joplin. Duke gave the band direction, moving them away from a top-40 cover band, to a blues rock and psychedelia. Carol’s voice lacked Janis’ grit and was more in line with Judy Henske, both in tonal quality and sense of humor. Marvin Gardens built a loyal following with their residency at the Lion’s Den in Sausalito, which resulted in a demo record for Reprise Records in 1968. However, no record deal materialized and the band quietly fractured in 1969 due to the band wanting to rock out in opposition to Duke’s more traditionalist electric folk tendencies. They did self-release an extremely rare four-song 7 inch. The demo tapes, the single, and a live performance recorded at San Francisco’s infamous Matrix Club are all that is left of their musical legacy and have now been combined (19 tracks) on this archival release 1968 by High Moon Records. So what we have here are covers of gospel and traditional songs, as well as covers of Bob Dylan, Leadbelly, Odetta, Eric Andersen, and Buffy Saint-Marie songs. Since there is scarcely any information about the band, I believe that their only original song was “Whips and Leathers,” a song embraced by the gay biker club scene. Marvin Gardens consisted of drums, bass, guitar, organ, and Carol. They put their unique folk-pop-psych spin on their covers, most notably those songs covered by most everyone on the scene: “I Know You Rider” and “Duncan and Brady.” They also blended a jug-band approach evident on “Titanic,” ”97 Men,” “Gloryland,” and “The Whispering Song.” For the live performance they played their hearts out, even though it only sounds like 10 or 20 people in the audience. So if you are interested in hearing 60s San Franciscan music that should have been successful, 1968 may be for you.