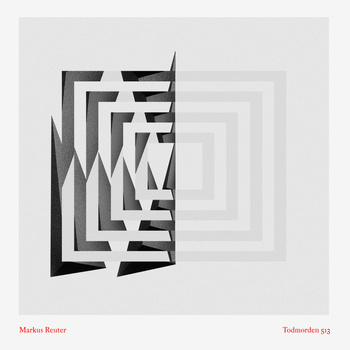 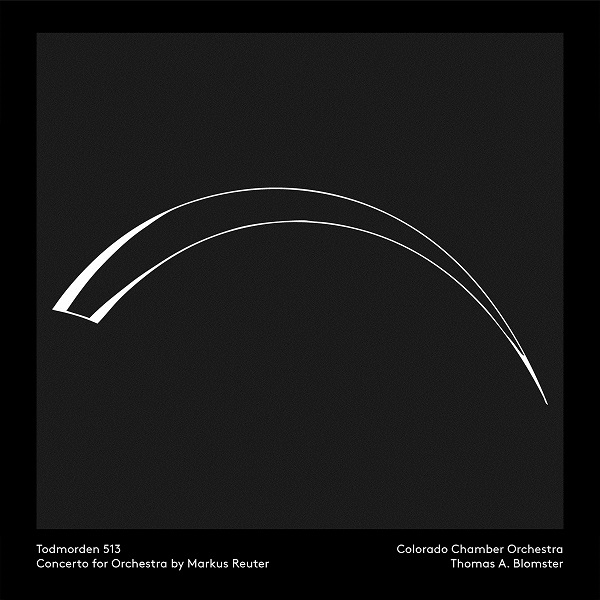 Music that pleases the head and music that pleases the heart can be very different things. (Speaking symbolically, of course — aside from the physical experience of loud sounds thumping the chest, the heart as an organ has nothing to do with enjoying any kind of music.) The creation of any music takes some degree of mental effort, but the degree of deliberately intellectual thought that goes into it varies greatly, from the spontaneous creation of an untrained player to the carefully composed constructions of academics, as well as every shade of grey in between along with a multitude of side paths. No method is inherently superior to the others — all are capable of creating both masterpieces and crap. At what is perhaps one extreme of this continuum is algorithmic music, where the composer devises a set of rules and then follows them through to produce the piece. Markus Reuter's "Todmorden 513" was devised using such a method, starting with a simple set of triads, then combining them in varying ways to create 513 units of music lasting roughly one hour.

It was recorded first using a small set of acoustic and electronic instruments and released in 2011. It's an hour of relatively sparse notes using different tones, some long and string-like, others shorter and bell-like or with plucked attack, with the instruments themselves (synthesizers, electric and acoustic guitar, organ, and so on) often indistinguishable individually, or rather so blended as to have their identities subsumed into the whole. The density of notes — determined wholly by the formulas used to generate the piece — range from one or two at a time to massive clusters, though it never really sounds dissonant. Tension ebbs and flows with the complexity of the combinations. The generally slow movement of the piece might provide a similarity with ambient music, and at low volumes it could work as background, but the gradually escalating densities at the peaks provide more tension than true ambient music would allow. But in spite of the mechanical method of its composition, the audible result has a human quality to it, and the brief bits where the distorted guitar comes to the fore are very nice, reminding the listener of the fingers touching real instruments to make the sounds. The eight movements flow without breaks, though there are slight variations in sound to distinguish them. In "VII," the glockenspiel enters with a sequence of eighth notes (the fastest movement up to this point) — the perfect timing to foreshadow the coming climax.

Then in 2012, Reuter put out word that he was interested in an orchestral version of the work. Thomas Blomster, musical director of the Colorado Chamber Orchestra, responded, and an intercontinental collaboration was born. Rather than trying to score the piece for a conventional symphony orchestra with sections of instruments playing together with occasional solo spots, an alternative path was taken. In the sequences of notes, no parts were more important than any others, there were no backing parts or melodic parts, so they settled on an ensemble of 50 "soloists," including violins, violas, cellos, basses, a variety of wind and percussion instruments, and electonic organ. The instruments are often grouped into trios, quartets, or quintets, each treated as a unit, and sometimes (especially towards the climax) functioning on their own, allowing a wide range of tone colors as the notes come and go. The overall impression of the piece is very similar, but the expanded sonic palette and the mere participation of such a large number of players alters the feel. While Blomster's conducting keeps the timing of the various notes on track, the musicians must listen carefully and balance their part against the others, as the score contains no dynamic markings. One area where the orchestrated version shines is the use of percussion, with bells especially providing a magical shimmer to their moments.

The Concerto for Orchestra CD comes packaged with a DVD containing the documentary Breaking 513, which features interviews with some of the participants and video of the orchestra rehearsals and performance. While it's interesting to see some of the logistics that went into making it happen, there isn't a lot of insight gained into the composition itself. Many of the musicians are seen as skeptical at first, not understanding this monster piece of music that is so different from the Classical repertoire or even 20th Century compositions. But in the end, the kind of calm, meditative state brought on by the piece's relentless procession wins them over. The small audience at the premier paused in silence after the last note faded, took a collective breath, and applauded enthusiastically. There are also two alternative mixes of the music, one in 5.1 surround sound, and one done by Robert Rich.

The music is so far removed from the realities of day-to-day life and the type of music we hear around us that it creates its own world, where its own rules apply. The rules of our physical world are largely deterministic (given a set of facts and conditions, the result is predictable — the apple will hit the ground after the same amount of time falling, the sun will rise at the expected time, a potato of the same sized baked at a particular temperature will take the same amount of time to cook, and so on), but within this predictable framework, all art and beauty exists. And in the world of "Todmorden 513," also deterministic, there is great art and beauty, if a listener is willing to commit an hour of time and abandon preconceptions of what music should sound like.