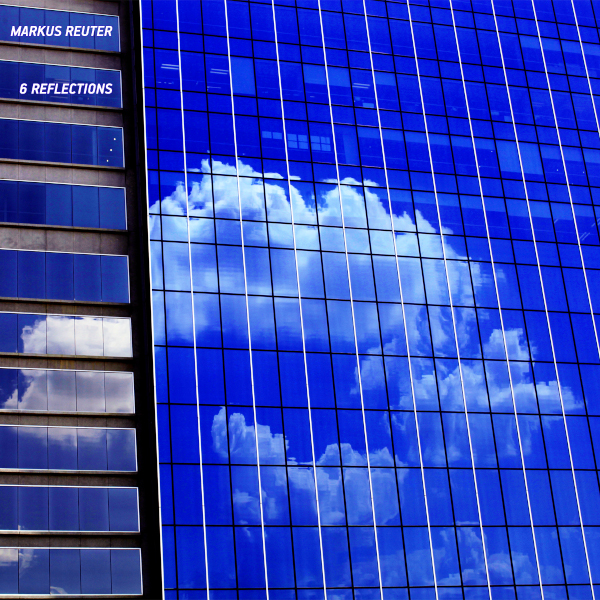 Maybe we can blame it on Robert Fripp. He started doing solo performances with the use of a tape recorder back in the 70s, dubbing it Frippertronics and spawning a whole new type of music. Maybe he wasn’t the sole innovator in this field, but he’s certainly the best known, and it’s safe to say that most of those who have carried on this field, which has come to be known as looping (I’m using the term somewhat loosely to cover a lot of things that aren’t strictly based on actual loops, but may be extensions and additions to what loops can do), were influenced or inspired by him. Markus Reuter has emerged as a prominent practitioners of the technique in progressive music. (There are lots of more pop-oriented artists also doing these things, but they’re outside my scope.) As with Fripp’s general modus operandi, many of Reuter’s solo pieces on 6 Reflections are built up from ambient soundscapes of slowly shifting tones on which he stacks melodies and other material. His instrument of choice is a touch guitar of his own design, and its tones are subjected to about every possible modification, from simple reverb and echo to triggering synthesizers, so his palette is effectively infinite. These pieces generally take a leisurely approach to development, drifting from texture to texture, though it’s far from ambient. “Glaus Haus 2” starts out with tentative notes picked out to build a sort of progression, but then loops them into something not quite regular, occasionally applying a kind of stuttering effect, along with what sounds like backwards wave forms. But Reuter’s genius is to blend all of these things together into something that sounds beautiful and organic in spite of the digital trickery. Each of the five pieces (the sixth is a remix of “Glaus Haus 1”) has its own identity based on differing tone colors and narrative flow. With “Veronica,” he introduces a very Frippian lead line, though the backing washes feature more keyboard-like sounds than you would expect in Fripp’s work and the note choices are Reuter’s own in spite of the familiar tone. He also ends this one rather abruptly, which comes as quite a jolt. “Glaus Haus 3” has erratic backing parts built out of vibraphone-like tones, and builds the densest sonic backdrop of the set. 6 Reflections is a lovely effort, one of those special recordings that can function equally well as ambient background or engaging foreground — as long as you’re not looking to dance, of course.