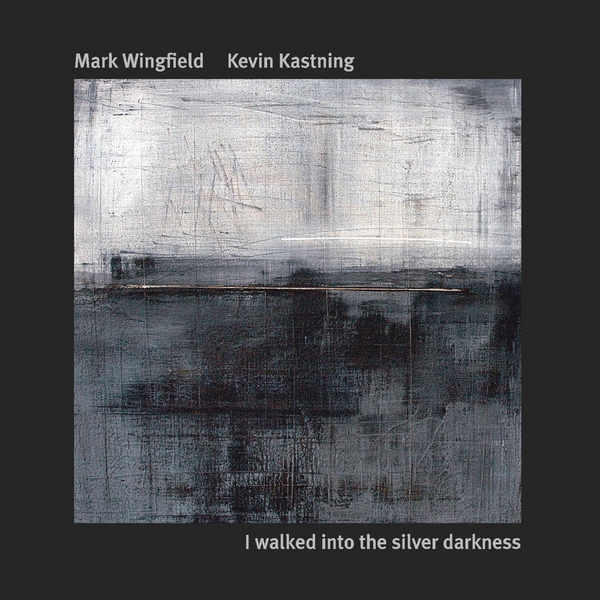 Kevin Kastning releases a new CD of collaborative music roughly every other weekend, but this is the first I've heard with an electric instrument featured prominently. It's a duo with English-American guitarist Mark Wingfield, who is credited with electric guitar and samples, while Kastning plays his usual assortment of custom guitar-like instruments (14-string contraguitar, 12-string extended baritone guitar, and so on). And while there's no shredding to be heard, Wingfield keeps a good balance between atmosphere and interest, and uses a variety of tones to avoid too much sameness. In the derby of making guitarist comparisons, I'm not sure where to put Wingfield. There are maybe touches of Terje Rypdal and Bill Frisell, and for a few seconds when he broke out the wah-wah pedal, I caught a glimpse of David Gilmour, though it only lasted a moment before moving on. The freedom of his playing reminds me of some of the improvisations I've heard from Dennis Rea, when he's not in the mood to get very noisy. The overall mood is on the meditative side (as is true with pretty much all of Kastning's work), more or less atonal without being dissonant. In some ways, this release might be a good introduction to Kastning's massive catalog for the uninitiated, given the way Wingfield's playing provides more up-front appeal for the world's legions of guitar-hungry listeners.

Tóth Bagi Band - Kell, Hogy Hazudj & Another Blues World – Now appearing in the Lounge at the Budapest Holiday Inn: the Tóth Bagi Band, performing a selection of blues standards and originals in a dance-floor-ready style, sure to please locals and visitors...  (2003) » Read more