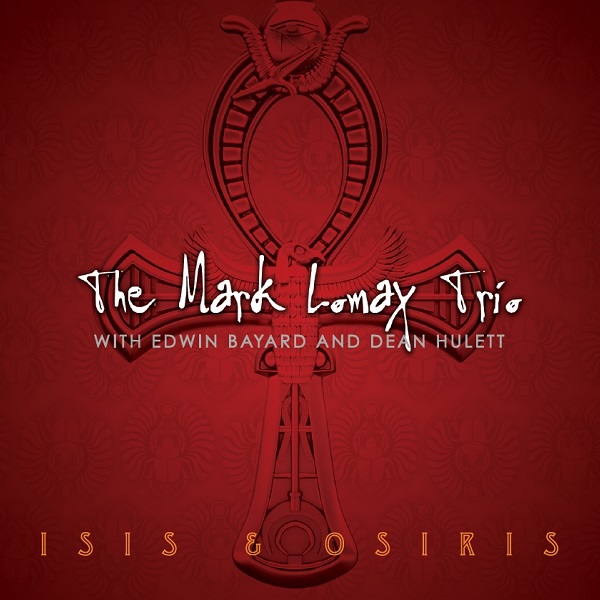 The Mark Lomax Trio features the leader on drums, Edwin Bayard on tenor sax, and Dean Hulett on upright bass. Lomax is the primary composer, though his pieces are quite open-ended, suiting the sparse instrumentation perfectly. Without a chordal instrument (though Hulett sometimes plays multiple notes), both bass and sax are free to roam and embellish within the frameworks given. One thing that really stands out is the variety of the combinations presented even with only three players. Long sections might feature only sax and drums, or only bass and drums; in addition, each man gets at least one "Interlude" all to himself, forming bridges (in a conceptual sense, not the sense of standard song structure) between other pieces. This, of course, gives the album a near-unbroken continuous flow while never staying the same too long. Even "Kemet" — the longest piece at over 11 minutes minutes — moves through differing sections rather than just riffing on a chorus. The musicians themselves are outstanding. Lomax has a way of using his toms that certainly brings to mind African percussion while confined to a standard kit; he delves into swinging grooves occasionally, but for the most part has an unusual style that privides a fresh sound to the music. Bayard is great too, with lines and tones inspired by the past masters of the tenor without sounding derivative, only occasionally squealing or honking, intense and expressive but never obnoxious. Hulett shines whether plucking or bowing, capable of eerie atmospheres, imaginative solos, or driving swing (though without settling into any walking clichés); he fills rhythmic and melodic roles equally well, sometimes simultaneously. Isis and Osiris is without doubt one of my favorite jazz releases of 2014.

Poetica in Silentio - What Do Fish Know? – Over the last few years, a number of bands have tackled the problem of applying the best features of classic progressive rock to more modern sounds, and other bands seem to have achieved the same sort...  (2004) » Read more

Doringo Takes Us to Vrlika