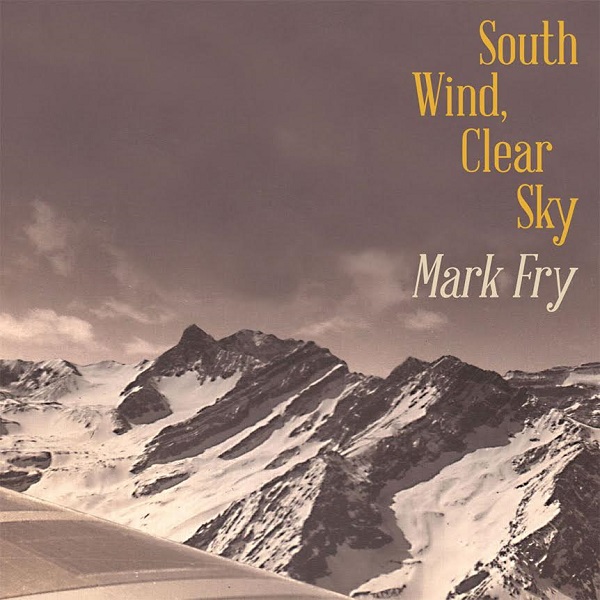 In 1971 a 20-year old Brit painter and musician Mark Fry released a single obscure album, Dreaming with Alice, of acid-folk music that over the years achieved cult status. So much so that 37 years later Mark returned to music and has remained active since. South Wind, Clear Sky is his third full-length album since his return. Along the way, in Fruits de Mer’s early days, they recruited Mark to release 7-inch in 2009, which sold out almost immediately. On South Wind, Clear Sky Mark composed eight new songs, some inspired by the life of Antoine de St. Exupéry (philosopher, aviator, and author of Le Petit Prince). The song “River Kings” draws on the writings of Scottish explorer Mungo Park and Mark’s experience living in the Inner Niger delta during the early 80s. The album title comes from an 1830 woodblock print of Mount Fuji created by Hokusai. The result is a set of semi-melancholy songs similar in feel to Leonard Cohen’s early work. There are also some similarities to Syd Barrett and Dave Gilmour — Mark’s music is like a folkier Pink Floyd. Songs that impressed me were “Along the Way” with its “Space Oddity” vibe and chorus drawing comparisons to the American folk classic “Oh Shenandoah;” “Leave Me Alone,” a beautiful and graceful song with catchy phrasing and lyrics; and the closing track “Long Way Down” that is the only song featuring a piano on this disc. South Wind, Clear Sky is a pleasurable respite from the raucous music demanding our attention these days.

Ukab Maerd - The Waiting Room – Spelled backwards it's Dream Baku, a shaded reference to Djam Karet's A Night for Baku CD from about eight years ago. This is an improvisational project featuring founding DK members Chuck Oken and...  (2011) » Read more