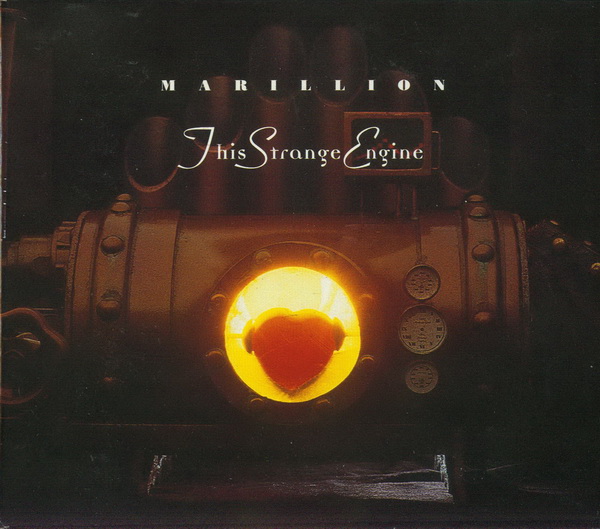 Right from the beginning you will realize this is not the same Marillion we've heard on the previous two albums. "Man of a Thousand Faces" opens with a simple three-chord acoustic guitar pattern and a fairly straight-forward vocal line. And that's it. The basic philosophy on most of this album is a stripped-down, back-to-basics approach that generally results in a lot of wispy, light, melodic tunes that lack all of the post-production polish and ambience of their last two albums, for better or for worse. The bluesy "One Fine Day" and the salsa / island music of "Hope for the Future" mark the two out of eight duff tracks, while the beautiful "Estonia" and the 16-minute title track are the obvious highlights. In fact, the last passage of "This Strange Engine" is among the very best of the Hogarth-era Marillion. Building from almost nothing, they crescendo into a powerful climax while Hogie does some very impressive vocal gymnastics. Mark Kelly dominates most of the album with some very impressive soloing throughout, while Rothery mostly just sits back on his butt and strums away on the acoustic guitar. He does unload one cool solo on "This Strange Engine" but don't expect much more out of him. Overall, not their best, but not their worst either. There is enough strength here to warrant a recommendation, especially for the long-time fans.