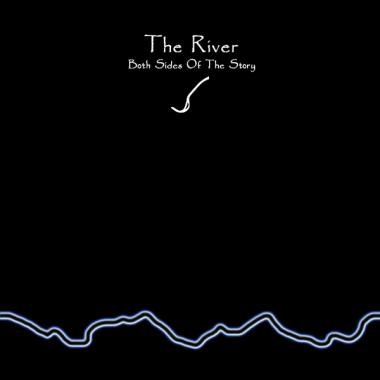 While De Angelis’ name may be new to most, his lifetime of experience as a studio owner (Soundtrack Studio Roma), sound engineer, record production (covering all styles of music), theater works and television soundtracks certainly explains why his debut album The River… sounds like the work of a seasoned veteran. A songwriter and multi-instrumentalist (guitar, bass, Chapman Stick, keyboards, and piano), for this effort he enlists Marcello Catalona to handle the lead vocals, plus five backing vocalists and drummer Cristiano Micalizzi. The River contains a dozen tracks, but many are joined together into longer suites, all with an acute progressive rock savvy that is at once wholly accessible yet able to hold the interest of the discerning listener. The influences seem to be rooted in classic prog – Roger Waters era Pink Floyd is in evidence throughout, and to a degree contemporaries with the same influences – Porcupine Tree, RPWL, Riverside, and others. But this is not a knock off; De Angelis has created a highly original work that stands the test of repeated listens. The lyrics are all in English, and Catalona has great command of the language when he sings, bringing just the right emphasis where it needs to be. The writing and arrangements wield a lot of power throughout, but eschew the bombastic tendencies that often accompany post-classic period progressive rock. While The River may reside on the accessible side of modern progressive rock and not challenge the listener with mind-jarring complexity in every measure, it remains as evidence that there is still plenty of room for forward growth within this genre. Highly recommended.

Dagobert Böhm / Markus Reuter / Zoltán Lantos - String Unit – Here’s an album and ensemble that is more than the sum of its parts: a startling reflection of a multi-ethnic modern world tempered by a very wooden traditionalism. Dagobert Böhm (acoustic guitar),...  (2008) » Read more