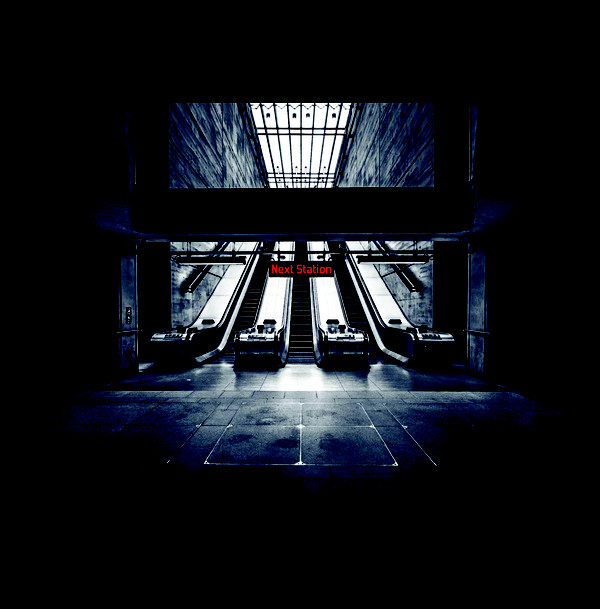 It’s been about four years since the Italian songwriter, multi-instrumentalist, engineer and producer issued his debut CD The River – Both Sides of the Story. On that album, he paired up with Marcello Catalano to deliver the lyrics, and played most of the instruments himself. On Next Station, his newest release, he has enlisted several different vocalists, plus in-demand session drummer Cristiano Micalizzi to achieve the ends he was looking for, which was a turn in a more proggy direction, including a couple long suites that clock in at album side lengths. The opening cut is a standalone seven-minute “Freewill,” a great song that at moments will remind of numerous contemporary prog bands like Yes, Flower Kings, Finisterre, and the moody side of Porcupine Tree, but De Angelis is offering his own ideas within that general style, nothing here is borrowed or stolen, and with singer Nad Sylvan (Steve Hackett group) at the microphone, the prog credibility is established, as he has the ability to sound sorta like Gabriel or Collins or anyone in between. For his part, De Angelis is playing all the instruments except drums, which includes acoustic and electric guitars, all manner of keyboards, Chapman Stick, bass, lap steel, mandolin, and Spanish laud. Sylvan stays for the next two cuts, the rocker “Keep Going” and a five-part suite “A Proggy Night in London” which bleed together seamlessly, the former adding a couple female backing singers, one of whom adds guest sax, and together making a 21 minute epic that pushes all the right buttons as contemporary progressive rock goes (and yes, the ancient keyboard sampler or something that sounds like it is utilized generously throughout). There is even one short section of “Proggy Night” that will remind of “Apocalypse in 9/8.” The next three tracks, “Back Again,” the four-part “Next Station,” and closer “Last Train” all crossfade into a long 27 minute block of music, with the first two parts featuring singer Robbie Wyckoff, who has sung with Roger Waters in recent years, and along with De Angelis’ Gilmouresque guitar solos, a slower pace, and the same backing singers, gives “Back Again” a distinctive Wall-era Floydian feel. No doubt that was what was trying to be achieved here, though for the title track the pace picks up, and the refrain “New day, new life, new pain, next station on the road,” will definite remind of 90125 era Yes, though there is still a strong Floyd element thanks to Ryckoff. Closer “Last Train” features singer Göran Edman (Karmakanic, Yngwie Malmsteen, and many more), winding down the proceedings, though his singing style is very close to Wyckoff’s. All taken as an album, this should please all fans of classic progressive rock.