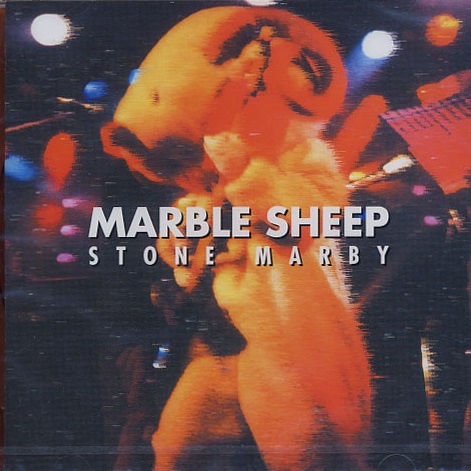 This album sees Marble Sheep back together in the studio for the first time since about 1993, and a finer example of heavy Japanese psychedelic music I could not name. There are bits of Hawkwind, Pink Floyd, anime sci-fi, and who knows what else tossed into the Cuisinart with much enthusiasm and some humor, blended on high for long enough to purée thoroughly, and splattered on the walls like a metaphor gotten out of hand. Most of the songs feature riffs played hard on electric guitar, backed by insistent drumming, and topped with Ken Matsutani’s mumbly singing. There are some catchy melodies here, like the simple hook to the rock ‘n’ roll strutter “UFO” and the anthemic theme of “Horizon.” The quieter moments are pretty short-lived, and it’s not long before a distorted guitar joins any acoustic strumming, as on “Mirror Game.” Keyboard touches from Mellotron and synth provide a little respite from the aggressive guitars. Several of the tracks take a riff and drive it Hawkwind-fashion into the ground, but others feature more elaborate chord progressions. On the whole, the music is a bit too repetitious for extended listening, but there are certainly some good moments if you give it a chance.