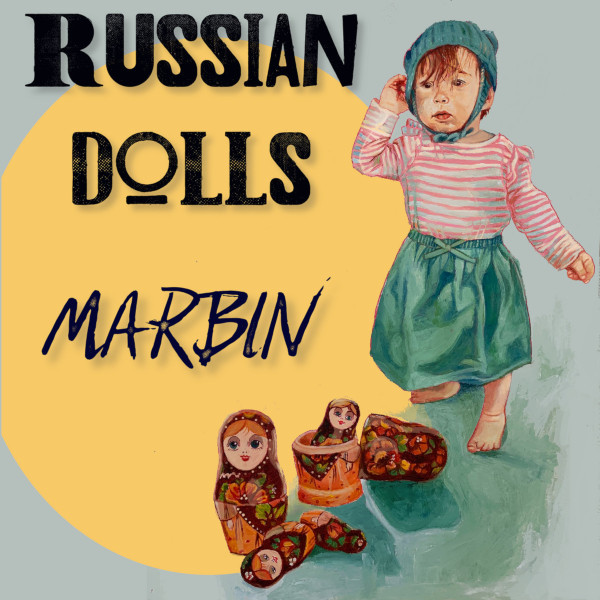 Listeners familiar with Marbin’s past work might find that Russian Dolls turns away from what that band is best known for. If you’re looking for scorchingly technical aggressive jazz-rock, you might be surprised by the more acoustic sound here, as exemplified by the opening track. “When There Becomes Here” sounds like a waltz played by a band at an Israeli wedding, with multiple sax parts, acoustic guitar, oom-pah-pah bass, and subtle drumming. The sax melodies have the inflections you expect in this retro style, in this case bordering on corny without quite tipping over into sap — there’s still a bit of edge to them. “Yellow Roman Candles” bumps up the energy as a kind of Middle-Eastern acoustic funk, and is quite enjoyable. Other tracks sound like jazz arrangements of songs from Fiddler on the Roof, which in my book is high praise, since Fiddler is a very well-written and enduring musical. “Ships at a Distance” sounds like a long-lost relic from the Swing Era interpreted by a Paris café quartet. Reading the credits, it seems that the band considers Russian Dolls to be a Danny Markovitch solo album, though the cover clearly credits it as a Marbin album. Markovitch is of course the saxophonist, and it is certainly true that Dani Rabin, who plays both guitar and bass here, is playing an almost purely supporting role, along with Antonio Sanchez on drums. So regardless of the labelling, it’s a fine album of what might be termed Israeli Jazz, though a far different beast than the average Marbin album.

Béla Fleck and the Flecktones - Outbound – I’ve been a big fan of Béla Fleck for quite a while, so I’m not sure how this one slipped under my radar for so long, especially given the stellar list of guest artists....  (2001) » Read more