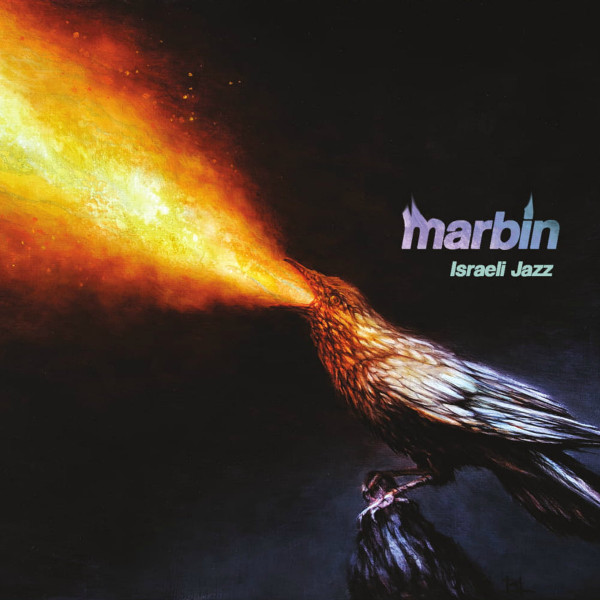 Having last heard Marbin on their Aggressive Hippies album a few years ago, their latest, Israeli Jazz, is certainly what one would expect from this Chicago-based quartet: a powerful seven-song instrumental tour-de-force that pushes strong middle-eastern influenced melodic savvy punctuated with plenty of pyrotechnics in the constructs of the jazz-rock idiom. Right off the top, “The Old Ways” gives the listener a blast of classic instrumental magic blessed with an unforgettable melody. Danny Markovitch’s fluid soprano sax and Dani Rabin’s electric guitar rhythms and solos remain at the core of this band, with bassist Jon Nadel and drummer Blake Jiracek providing the rhythmic structures that keep the whole thing in motion. What I originally believed was some uncredited violin on a couple tracks is, after numerous listens, probably effected sax. The tracks are long, giving the band plenty of room to stretch out, explore variations, trade solos and show what they are made of, alternating from a more rock-based sound into jazzier regions, but this is certainly not like any jazz-rock you’ve heard before, being tightly composed and arranged all throughout, the only improvisation seems to be in the solos that Markovitch and Rabin are continuously trading. “Arkansas Jumper” is one of the standouts, filled by brilliance throughout every second of its near nine-minute duration. “Moscow Mule,” which follows it, takes an old-world melody on a savory journey through the rockin’ jazz machine, laying down some killer guitar solos that will make the listener’s head spin, but it’s still serious business when we go back to the main melody, which is sax driven. It’s also here that Nadel gives us a sample of an amazing bass solo under it all, as the excitement never dies down over the seven-minute duration. “Pirate Punch” starts with some sexy swagger as guitar and sax follow one another through this bluesy dream. Another standout is the title track, which closes the set nicely, and “Israeli Jazz” is a most appropriate title, as everything Marbin is, is contained therein. It’s one of those cuts that will be playing in your head when you wake up, and you’ll think ‘where did that come from?’ Israeli Jazz is an excellent step forward from a band I’m always ready to hear something new from.

Hualun - Asian River – For their second release, this Wuhan post-rock crew has stepped up a few notches from their debut, Silver Daydream (reviewed in issue 38). They’ve moved to one of China’s most prominent...  (2011) » Read more

The Fine Art of Knob-Twiddling