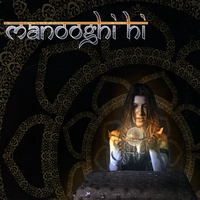 Full disclosure: the members of this band are friends of mine. So it's fortunate I can honestly and wholeheartedly say it's a great CD. If I didn't think so, I'd probably keep quiet about it. Anyway... There have been many East-West fusions over the decades since the Beatles and others first introduced rock audiences to the possibilities of combining Middle Eastern or Indian music with rock, but none of them quite like this one. By a series of steps too complicated to go into here, Indian pop singer Mehnaz Hoosein ended up visiting Seattle, where she teamed up with a group of veterans of the local rock scene. Their one-off performance went so well that they ended up recording a full album. The resulting music is at times pretty heavy rock, dreamy fantasy, clever comedy, catchy grooves, and melodic invention, all delivered with a casual virtuosity borne of years of experience. Lyrics switch between various languages, featuring Mehnaz in the lead role but with three of the others providing solid backup, including some powerful group arrangements. Part of the strong appeal of the album lies in its variety, its refusal to simply fulfill expectations. You might expect rock music with tablas and exotic scales, but here those are tempered with all sorts of other sounds like proggy keyboards, string arrangements, funky bass, and complex chord progressions. Add to that the sparkling production and you have one of the year's outstanding releases.