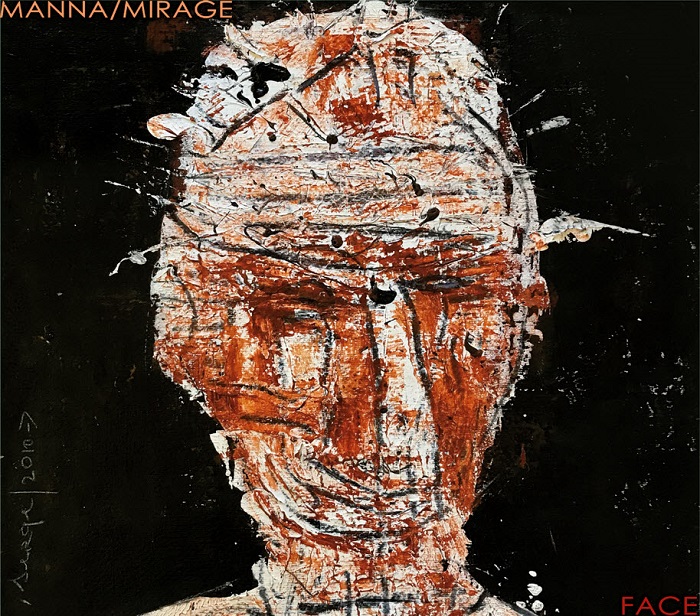 By now folks should know that Manna / Mirage, named after the first official Muffins LP, is essentially a solo project of Dave Newhouse with a number of friends contributing instrumentally, and in one case contributing a composition as well. It’s Newhouse’s stated goal to have this project present a sound much like the Muffins in their early period (Manna / Mirage, <185>, Open City) in case that wasn’t already obvious from the project's name, and Face is the third of three releases. I won’t say that there won’t be any more after this, but I certainly won’t be surprised if it is; that said, with this and the earlier two releases (Blue Dogs and Rest of the World) Newhouse has fulfilled that promise. The nine minute opener, “There Was No Flower, and the Autumn Leaves Fall,” offers an absolute standout of the so-called ‘AmeriCanterbury’ sound, with its spooky opening measures and playfully fluid jazz-rock follow-on featuring Newhouse on electric piano and woodwinds, Guy Segers on bass, drummer Sean Rickman, some great marimba playing from Rich O’Meara and two amazing guitar solos from Mark Stanley, making it like the best track that soft machine never recorded. “Monkey In His Head” opens with a powerful sax figure, this time with noticeably different drumming from George Newhouse (Dave’s son) and brilliantly sweeping melodic guitar from Bret Hart, a bit reminiscent of a young Harvey Mandel, and a particularly interesting violin contribution from Forrest Fang. Written by bassist Jerry King (who contributes guitar on this track as well), “Atomic Buddha” brings Rickman back to the drumstool for a wonderfully punchy number that features some great piano and saxes from Newhouse. “Road to Palace Oblivion” is another playful number with multiple saxes played by Newhouse with various odd percussives and whistles contributed by Greg Segal. One might be surprised that there is a vocal tune here as well, sung beautifully by Nick Prol, with Dave Newhouse on piano and George Newhouse on drums; the lyrics for “Fly Away” were words that Newhouse shared with his mom in her last hours when she passed. A great closer to what in my opinion is the best of the three Manna / Mirage releases. One minor complaint is that I’ve only had this disc about a month, time needed to prepare for this review, and it’s already completely sold out on Newhouse’s website (and it’s pretty impossible to find anywhere else for that matter). Forget the two earlier ones, they are completely gone. As of this writing I’m not finding them downloadable anywhere, either. If the goal was to make an instant rarity, then on that note Newhouse has succeeded. This (and the two previous Manna / Mirage releases) are amazing recordings from beginning to end. Hopefully they will be made available in some format again soon.