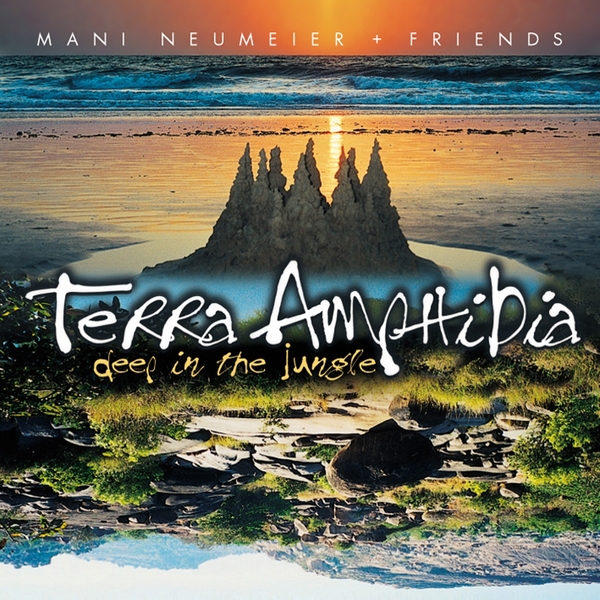 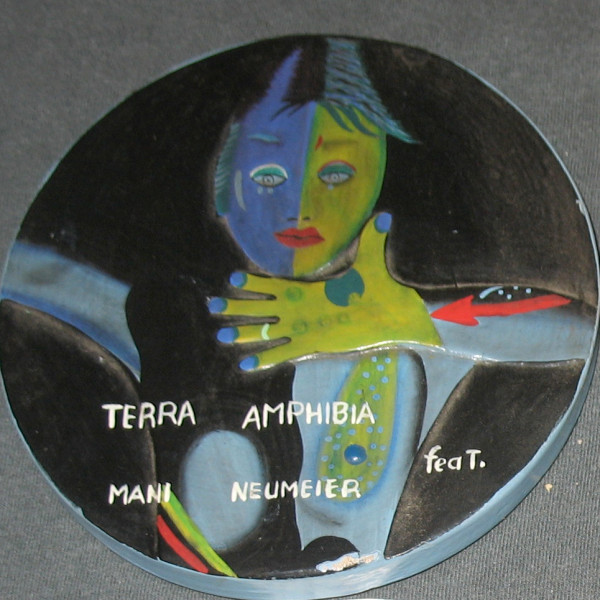 Man this guy never quits, does he! For every two CDs that come our way, Mani jumps into two more projects, that is not counting his collaborations with Engler and Moebius on the incredible Other Places from a couple years back, and God knows what else. Last time it was his percussion driven explorations; but on these two CDs, he couches the idea in an ensemble setting, which will appeal to more listeners. The way these are credited it is difficult to tell whether Terra Amphibia is a group, or the CD titles — perhaps it’s the moniker with which Mani has dubbed the project as a whole; certainly representing the most subdued side of his work. And though it may not sate the Guru Guru fiend, a guy has to move on at some point in his career. Terra Amphibia 1 finds Mani exploring the primal edges the globe’s girth, stopping off in Tibet, Africa, Australia, and other far-flung locations. Liner notes credit all but one offering to the man himself. Slit drums, kalimba, and various percussives mix with environmental and natural sounds, adding sax and a trio of didgeridoo players, with just a splash of extra electricity for color. At times the CD seems intentionally recorded at low level, as if you are hearing the music from a distance. There has been a lot of music like this over the past 15 years; most often a mere style conglomeration; at rare occurrences transcendent enough to actually speak in its own voice. Most of the material here belongs to the former category.

Terra Amphibia 2 however is another story! I really like how he has done this — not slapdash or trying to throw everything into the pot, but very selective in its instrumental format, and subtle in its execution; with a clear method behind each piece, and none of the self-consciousness of TA1. This time the project has settled into a definite direction, in how it applies concepts learned in the past. Guitarist Luigi Archetti does a beautiful job and is pivotal in creating the bizarre but excellent kraut / ethnic blend, with his minimal and spare playing style. There are a few leftover ideas from the first effort — field recordings of singing birds, which mix with didgeridoo loops, and gamelan what not. Admittedly contrast is a bit too thick here and there — provided at times by his use of Tibetan bells, in a weird humming ambience; at others by rain sounds and subtly spooky atmospheres. A few of the best moments however recall what some of the source inspiration for Crimson material like “The Sheltering Sky” must have been. And at its apex, this CD presents an uptempo but low-key, and quietly repetitive rhythmic approach which is unlike anything else. Nicely done!