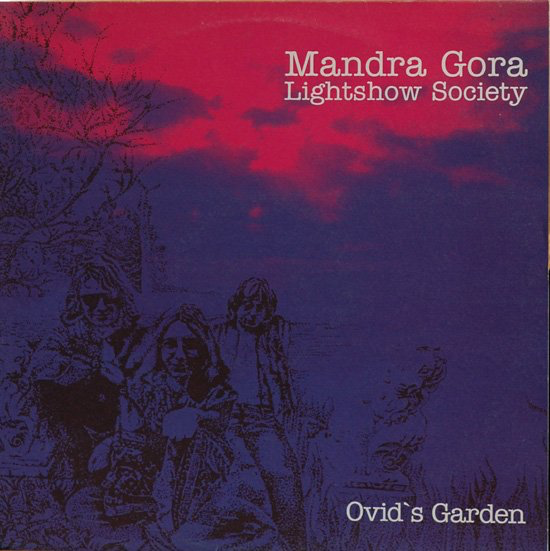 The Mandra Gora Lightshow Society is a contemporary German neo-psych band and their debut release Ovid’s Garden is a limited vinyl edition of 750 copies on Swamp Room Records from Germany and 250 copies on Delerium from the UK. However there is a noticeable lack of band and album release information in the sleeve. Since the Mandra Gora Lightshow Society recorded the title track in April 1994 at Hannover’s Cafe Glocksee, I surmise the album release was 1995 or 1996. The conglomeration of trippy nonsensical lyrics, organ, piano, xylophone, electric and acoustic guitars, gongs, drums, percussion, didgeridoo, and vocal arrangements contributes to over 45 minutes of modern psych / Krautrock music which has more than a passing resemblance to Amon Düül II. Side one contains a song about a one-eyed cat, another complaining about today’s boring music and mentioning some underground bands (Metabolismus and The Cosmic Gardeners), and two mind expanding songs. The second side contains the side-long title track which is a mixture of cacophonous psychedelic weirdness alternating with some heavy organ riffs. As the song develops, the band leaves the trippy sounds behind and kicks in with heavy bass lines, Hammond organ chops, and even some vocal recitation. This is a killer cut to close out a surprising album. Ovid’s Garden will be hard to find, but well worth the effort if you are successful.