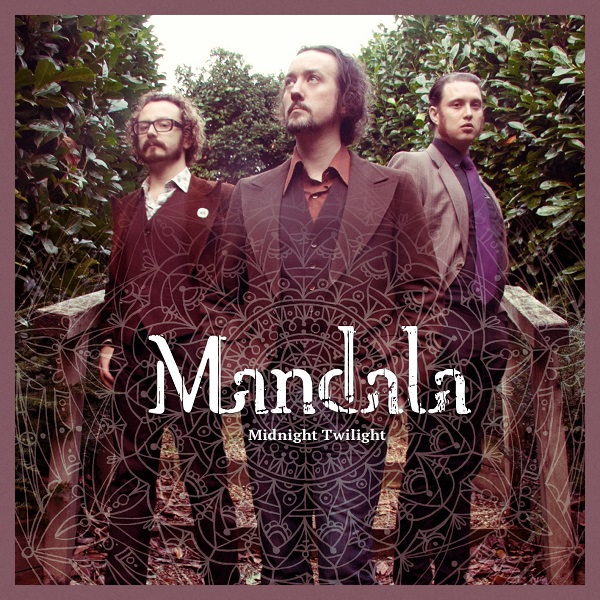 Regardless of how you feel about Steven Wilson and Porcupine Tree, the influence of their recordings (starting roughly with Signify, or certainly by the time of In Absentia) has been massive, from the artists Wilson has produced and collaborated with (Opeth, Blackfield, Storm Corrosion) to others who seem to have fallen in love with the sound and mood, with lush atmospheres alternating (and sometimes concurrent) with heavy rock guitar. Think of Kaukasus, Riverside, Gazpacho, (to name a few) and now Mandala. This band actually started in the late 90s, before the modern Porcupine Tree sound was established, but they made no recordings before breaking up in 2006, so we can’t say for sure whether this style was theirs all along or if it’s what they went for after reformation. In any case, it’s where they are with this release, so it’s a safe bet that fans of Wilson’s work would find things to like here. It has the breathy, melodic vocals of Rhys Marsh (also of Kaukasus) and his sometimes subtle, sometimes aggressive guitar playing. The other members are Francis Booth on bass and Will Spurling on drums. The tempos are mostly in the moderate range, nothing too fast, and only rarely do we get an odd meter. In some ways, Mandala is prog only by default, since it features big keyboards with some retro (e.g.- Mellotron) sounds and doesn’t conform to current indie-hipster rock trends. The sound is lush and perfectly played, but the arrangements aren’t overly complex, and the occasional sitar-like sound provides a nod to the band’s name. Regardless of what genre they may or may not fit within, the music is solid and enjoyable, if not ground-breaking.

Multi-instrumentalist Rhys Marsh is quite an active musician. He has popped up quite a bit on various albums over the past 12 months. This time he is joined by Francis Booth on bass and Will Spurling on drums and percussion as Mandala to record and release their debut album, 18 years in the making! Mandala was born in 1997 when the three of them were 17 and in a performing arts college north east of Surrey. They spent considerable time in the studio, recording material that they never released and then split. In 2005, they reunited for a bit and released two EPs. Then Rhys moved to Norway putting the band on hiatus again. Finally last summer Mandala was back in the studio to record all of their best-loved material from both periods of Mandala. The result is Midnight Twilight, an interesting mixture of dark and heavy progressive, Eastern, and acoustic music. Six of the songs (“There’s a Wind That Blows,” “Dreaming,” “Within,” “I Have Fallen,” “Sun,” and “Ghizou”) come from 1997; “The Dark Waltz,” “Into the Night,” and “Fire Is Mine” are from 2005; which leaves the title track as the newest composition. There is a certain resemblance to Porcupine Tree on the more progressive songs like “There’s a Wind That Blows” and “Fire Is Mine.” “I Have Fallen” is a pretty cool upbeat song with jangling West coast guitar work. While Eastern influenced songs like “Midnight Twilight,” “Sun,” “Ghizou,” and “Within” flirt from time to time with raga rock. And tying all the music together is Rhys’ tasteful use of mellotron. Fans of introspective progressive rock steeped in an early 70s music will be very happy with Midnight Twilight.

Progres 2 - Dialog S Vesmírem – This is a solid 76 minute live set from one of the better Eastern European prog bands. Progres 2 recorded several albums in the late 70s/early 80s featuring a rather dark and aggressive symphonic...  (1994) » Read more

Various Artists - Thousand Days of Yesterdays - A Tribute to Captain Beyond – For most of us, Captain Beyond is a sort of footnote in the history of progressive rock, having achieved little apparent success or recognition for the three records they released between 1971 and...  (2001) » Read more

AoMusic - Grow Wild – Ao, which is a Polynesian word for light and illumination, is the duo of Nahoo (aka Ric Gannaway) and Jojo (aka Jay Oliver), a pair of Mid-Westerners with a strong affiliation for New Age...  (2001) » Read more

Epilogue - Hide – Epilogue sounds like a combination of more accessible current neo-prog bands and mid-80s synth-rock bands. I can easily envision many of their tunes having videos on MTV back during the Adam Curry...  (1996) » Read more

Malombra - Our Lady of the Bones – This album has some great song titles: "Dedicated Dopamines Dance," "Requiem for the Human Beast," "Sinister Morning." Excellent! Also of intrigue is that one track,...  (1997) » Read more