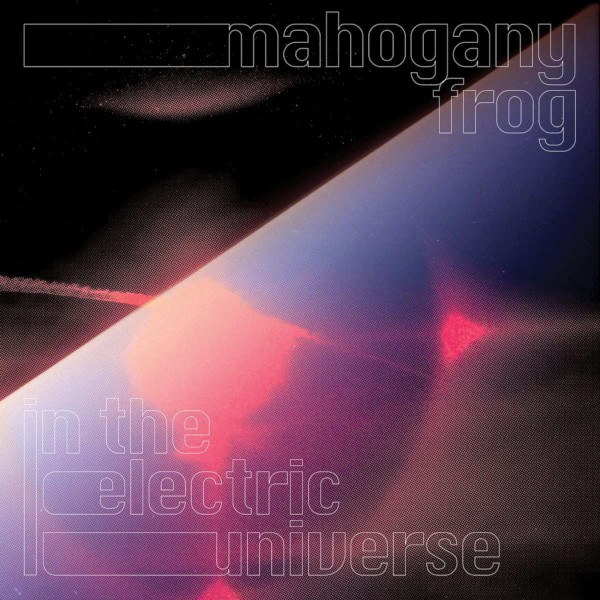 This Canadian instrumental quartet, based in Winnipeg, has been around for about twenty years, and for the most part the membership hasn’t changed with the exception of the drummer switch just prior to their fourth album Do5 in 2008. Their latest, In the Electric Universe, was over six years in the making, but certainly well worth the wait. The band today features Graham Epp (guitar, keyboards, trumpet, electronics), Scott Ellenberger (bass, keyboards, trumpet, electronics), Jesse Warkentin (guitar, keyboards, electronics) and Andy Rudolph (drums, keyboards, electronics), The six tracks presented here are essentially explorative psychedelic progressive rock, and although all four members are credited with electronics, this is not the dreamy stuff, instead going for a more aggressive two-guitar sound with trippy elements, somewhat heavy in its style, albeit trancey and hypnotic at times, informed by fusion, jazz, space-rock, and wild experimental ideals. The electronic elements are twisted, restless, and chaotic, often making dark and dense textural layers within the fabric of their sound. Sometimes you’ll be floating along with a brisk groove when a sudden electronic twist opens out suddenly, taking the listener in a whole new direction. The opening fourteen-minute “Theme from P.D.” takes the listener on just such a journey, with a sharp change around the six minute mark, where a door opens and a whole new idea begins, carrying the piece forward for a bit, then switches again back to something closer to where it all began, and onward to its ultimate psychedelic conclusion. Few other cuts here match the intensity of “Cube,” a relatively simple melodic idea splattered with psychedelic beauty that drives hard through numerous switchbacks along its nine minute duration. “Psychic Police Force” employs a bit of techno beat as it builds into a magnificent eruption around thirty seconds in, following a gritty shimmering path to its conclusion. Wherever Mahogany Frog takes you, it’s always an interesting and compelling musical vista.