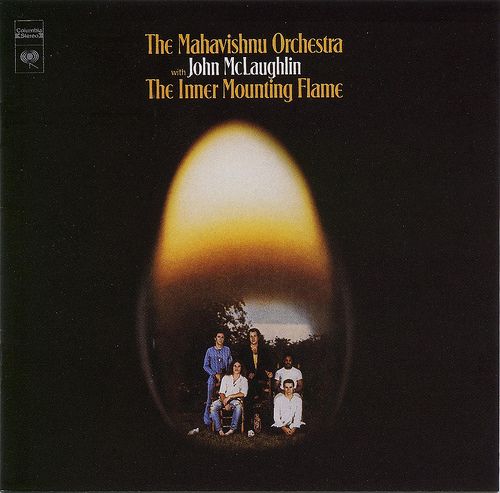 If Miles Davis was largely responsible for giving birth to jazz rock, the Mahavishnu Orchestra might have been the group responsible for evolving jazz rock into what we call fusion. In my opinion the first line up of this band started out white hot and then kind of folded back on itself before McLaughlin would refigure the line up. This happened pretty fast, in April 1972 at their gig in Syracuse, immortalized on video, the quintet of very fine and disparate musicians were doing a lot of listening but by the fall tour that musical fluency ended up sounding like the kind of shredding that would often be counted as a stigma on the genre moving forward. But when they started, they were fresh, original, and full of fire and the best of all of that was their debut The Inner Mounting Flame. On this album there was a great deal of balance and invention and the playing by all was truly telepathic. That sense of innocence and newness was lost by Birds of Fire, and while it was also a terrific album, I think this group was at their best when they were fresh and something of a left field surprise. In fact if you look at rock and fusion after this album you can see its influence on almost everybody from the Grateful Dead to Yes.