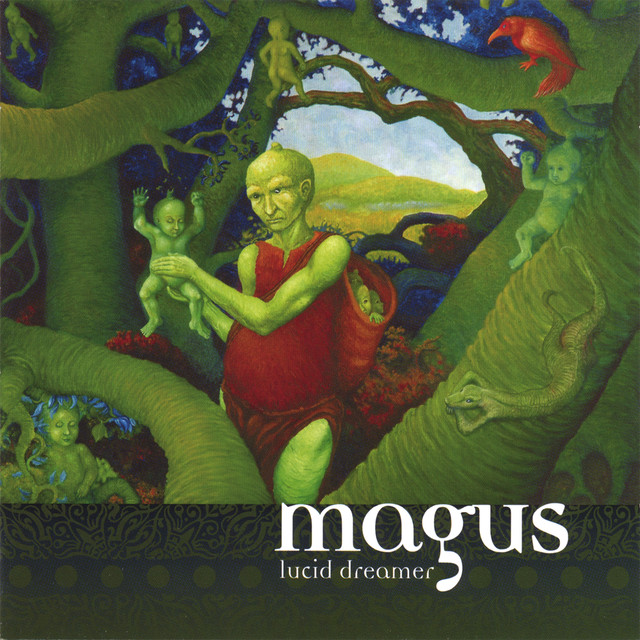 Lucid Dreamer is a compilation of tracks from the 1997 album Traveller and the follow-up Highway 375 EP, remastered for the fuller sound that Magus guru Andrew Robinson intended. Also included are a couple of previously unreleased live tracks. “Traveller” opens in atmospheric languor before striking up a trance-like beat; I humorously caught myself thinking “this is great traveling music” before remembering the track’s title. “When the Sun Burns Out” is an attention-grabber that considers the primal dilemmas humans continue to endure despite having reached the apogee of modernity. It opens with news reporting of a tragic human disaster and the near helplessness of our responses, underscoring the implication in the refrain that “the human race is not evolving, only its machines.” Scientific and intellectual advances notwithstanding, we’re just organisms fighting for survival and “we’ll keep on fighting till the sun burns out.” It’s a great hook, simple and catchy while striking a profound chord. The rest of the disc sees Robinson arriving at various space rock destinations, including a couple of epic twenty-minute suites; a fine combination of accessibility and exploration. Even when dabbling in ambient-like atmospheres, he’s usually rooted in a solid groove that makes this disc particularly well-suited for driving or spacing, encouraging the listener’s mind to wander at will while welcoming it back to active listening at any point. Magus has changed styles a few times and Lucid Dreamer seems a good place to start for the curious.