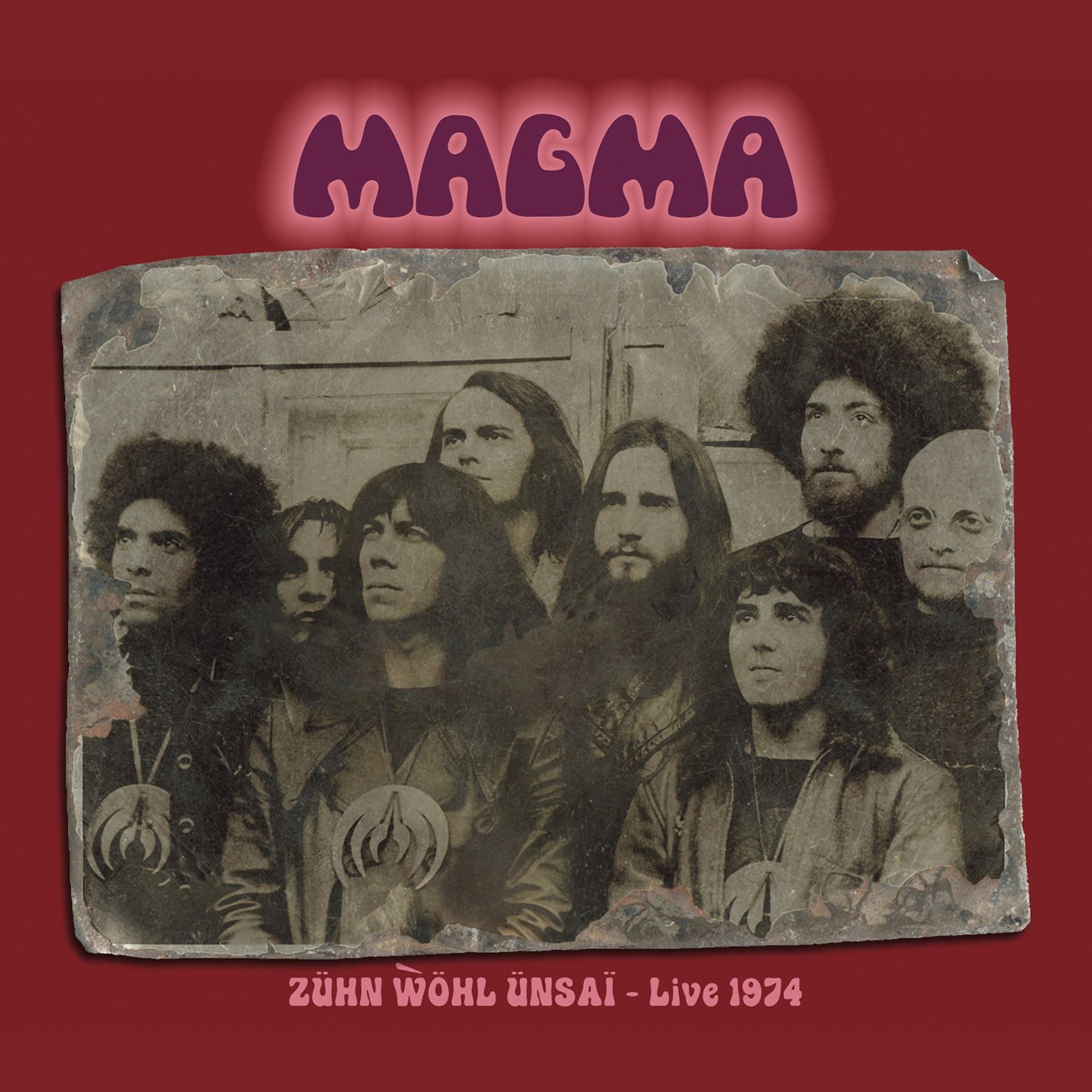 By February 1974, the Magma lineup that recorded MDK almost a year earlier had changed considerably; Klaus Blasquiz (vocals), bassist Jannick Top, guitarist Claude Olmos and drummer/vocalist/bandleader Christian Vander are all here, but Rene Garber (bass clarinet) had just left, as had flute and sax man Teddy Lasry, neither to be replaced, and keyboard player Jean Luc Manderlier had since been replaced by two keyboardists – Michel Graillier and the returning Gerald Bikialko. This is also the period when much of the material on the first side of the Inedits album was recorded, but not released until 1977. As such, Zühn Wöhl Ünsai is an essential piece of the Magma puzzle and an outstanding recording to boot, recorded on February 6th for Radio Bremen. The version of “Sowiloi (Soi, Soi)” that kicks off disc one is perhaps the best version available from the period, building slowly, adding tension as it goes. This is followed by a 35 minute “Mëkanik Dëstruktïw Kömmandöh,” by this time evolved to a point gentler and less edgy than the studio version, but still punctuated with all the power where it needs to be. Here also we have a more prominent role for guitar soloing, especially in the fast paced “Nëbëhr Gudahtt” section near the end. Disc two begins with “Korusz II,” essentially a 20 minute drum solo with some manic vocalizing and added percussion, followed by the 26 minute epic “Theusz Hamtaahk,” which is fairly similar in approach to the BBC version from about a month later (released as AKT XIII), though this version may be superior from a sonic standpoint. In all, this is a masterful performance that deserves its place among Magma’s finest live releases.