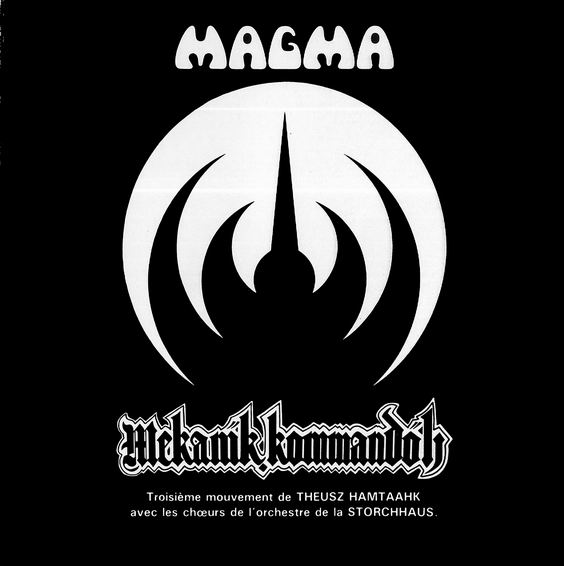 Recorded several months before the album Mekanïk Destruktïw Kommandöh, but not released until 1989, Mekanïk Kommandöh is an interesting early version of this Vander composition. While the actual notes are virtually unchanged, the arrangement differs in several significant ways. The piece begins with a cacophonous piano introduction underneath Klaus Blasquiz's dynamic recitation, before the drums and bass join in for the familiar opening theme. With no guitar or horns in the ensemble, organ and piano are the only non-rhythm instruments to accompany the vocals, resulting in decreased timbral variety and less instrumental counterpoint. Thus the piece maintains a rawer, less refined feel that actually may instill it with more emotional impact. Instead of the chaotic, disintegrating ending of the other recording, this slightly curtailed version concludes simply with the peaceful beauty of the choral coda.