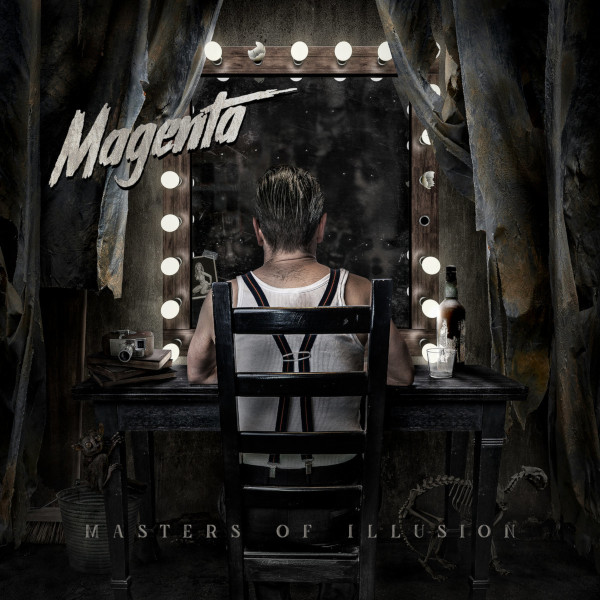 Magenta’s composer and multi-instrumentalist Rob Reed is not one to shy away from ambitious projects. 2013’s The Twenty-Seven Club focused on musicians who died at the age of 27 (Brian Jones, Janis Joplin, Jimi Hendrix, Jim Morrison, Ron “Pigpen” McKernan, Kurt Cobain, Freaky Tah, Amy Winehouse , etc.) and 2014’s Sanctuary was his attempt at emulating Mike Oldfield. With Masters of Illusion, Rob pays homage to the horror film stars of his youth: Bela Lugosi on “Bela,” Christopher Lee on “A Gift from God,” Lon Chaney on “Reach for the Moon,” Ingrid Pitt on “Snow,” Peter Cushing on “The Rose,” and the final master Vincent Price on the title track. But I have to state that Magenta does not impress me. Their music leaves me flat and perhaps it requires multiple listenings to make a difference, at least that is the message I see from other reviewers. The music is well executed and Christina Booth does a great job on vocals, but the mood does not approach the sinister cinematic worlds of Dracula, Wolf Man, Frankenstein, or Edgar Allen Poe. There is a bit of post-Gabriel Genesis peaking through from time-to-time that provides a 70s - 80s prog sound. The bottom line is that if you like music that challenges you, then look elsewhere. Masters of Illusion does not live up to the album concept or the excellent album artwork.