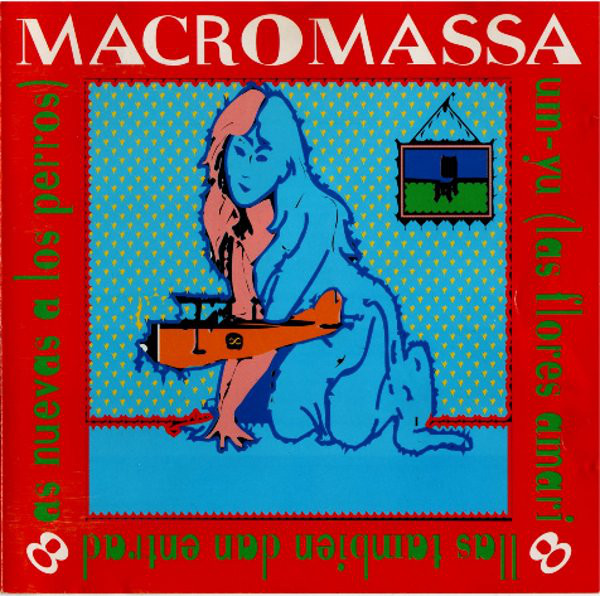 Wasn't this Spanish group active back in the late 70s? It looks as if they may have broken up and subsequently reformed, because I haven't heard anything from them since their one LP release 18 years ago. A quartet of drums, bass, sax, and guitar (doubling on percussion), Macromassa are like no other Spanish group I have ever heard. You won't find any toe-tapping flamenco, Spanish guitars, or phrygian scales here, that's for sure! Instead, the gargling bass and relentless drumming draw the playing field, with a Ligetian sound mass hovering around the whole body of music. If it weren't for the repetitiveness of the bass / drum patterns, they might resemble a latter day Univers Zero. Instead it comes across rather as an intense rush of Urban Sax in a head-on collision with Magma. Simple drum grooves float around in a cavernous reverberation that would be interesting as incidental atmosphere soundtrack to a spooky film or such like. But they don't really go anywhere once under way. In short, not a whole lot transpires on this album; most of what does comes across as though it is happening in the background to something perhaps more profound, that the listener is barred from hearing, for reasons unknown. Still an enigmatic ensemble no matter how you slice it.