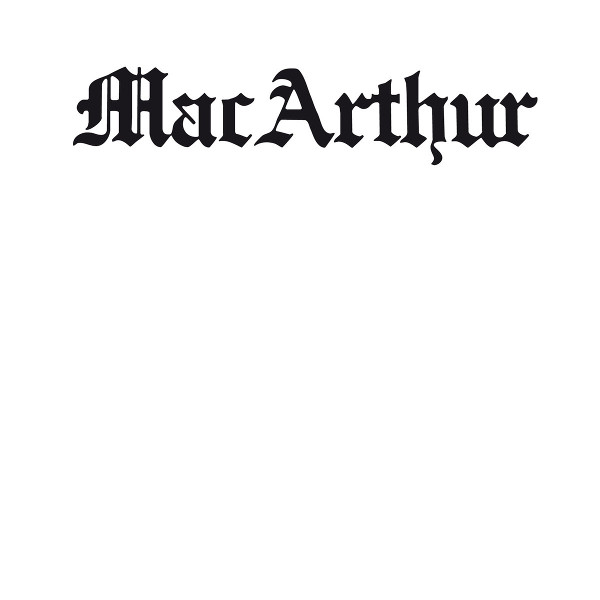 I find it very interesting that obscure musical gems continue to surface and be reissued. Case in point is the US garage-prog-psych band MacArthur, who recorded and released an ultra-rare privately pressed LP of 200 copies in 1979. Today Out-Sider Music has released the first ever legitimate vinyl reissue from the master tapes. To give you a bit of band history, a young guitar player and songwriter Ben MacArthur met the 17-year-old prodigy Bill Heffelfinger in Saginaw, Michigan. In addition to being a gifted guitarist, Bill was also a genius arranger and keyboard wizard. Bill took Ben’s songs and transformed them into fully fleshed slabs of progressive rock. To round out the group, they recruited Jeff Bauer (drums) and Scott Stockford (bass). The result is nothing short of amazing, and it is no wonder that collectors have been searching for this album for years. The album consists of eight tracks, evenly split between songs and instrumentals. I detect some Genesis and Italian prog influences and possibly even Quicksilver Messenger Service’s John Cippolina. Most of the songs feature inspired virtuosic guitar solos by Ben. In fact the opening track, “Light Up,” is basically a three minute guitar solo. The five-minute “Laughing Like a Lark” is a two-chord, two-note song with an extended break with sweeping analog synth sine waves and lightning fast guitar work. And there is some similarity with Ben’s vocals to Geddy Lee. The three final tracks are amazing. “The Black Forest” uses fuzzed and Spanish guitars and soaring synths to create a masterpiece. “Prelude No 1 in C Major” showcases both Ben and Bill. The piece begins with Ben on Spanish guitar for almost two minutes and then shifts to Bill on grand piano playing fast keyboard runs, rivaling the master Keith Emerson. And the closing track, “The Shock of the New,” is all keyboards, synths, and piano that build to a majestic piano climax. If you have the opportunity, definitely give this disc a spin.