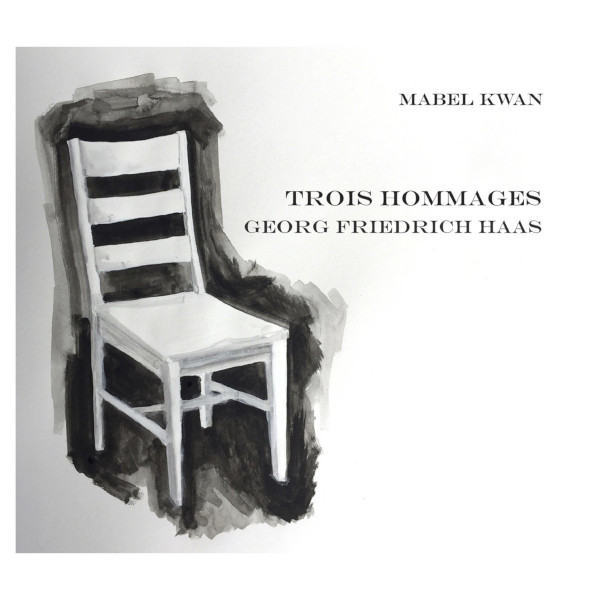 Pianist Mabel Kwan is a performer of classical, improvised, and experimental music. She is fascinated by sound, contradictions, and our perceptions of what is familiar or strange. And a natural performer of Georg Friedrich Haas’ work, a contemporary Austrian composer whose style recalls that of György Ligeti in his use of micropolyphony, microintervals, and the exploitation of the overtone series. On Kwan’s 2018 album, Georg Friedrich Haas: 3 Hommages for Two Pianos (tuned a quarter-tone apart), Mabel performs three of Haas’ homages composed in the 80s: “Hommage à György Ligeti” composed in 1984, “Hommage à Josef Matthias Hauer” composed in 1982, and “Hommage à Steve Reich” composed in 1982. This is quite an interesting album of slowly evolving minimalist pieces relying on the interacting harmonics of the two pianos. The Ligeti piece lasts 30 minutes, beginning with thundering piano, rumbling sustain, and complex resonance of the strings that gradually and imperceptibly move up the keyboard octave by octave until Mabel reaches the upper limits. The Hauer piece builds on a six-note loop that slowly adds and subtracts, very similar to Brian Eno, making for gently floating music. Many years ago I bought Eno’s iPhone app Bloom which functions in much the same way, looping notes that slowly decay and allowing you to add new notes to the mix. And the Reich piece showcases the harmonic interactions of the two slightly out of tune pianos. Of this batch of new music on New Focus Recordings, I find that Georg Friedrich Haas: 3 Hommages is the most accessible album and probably the one that will appeal to our readership.

They rock in opposition of...