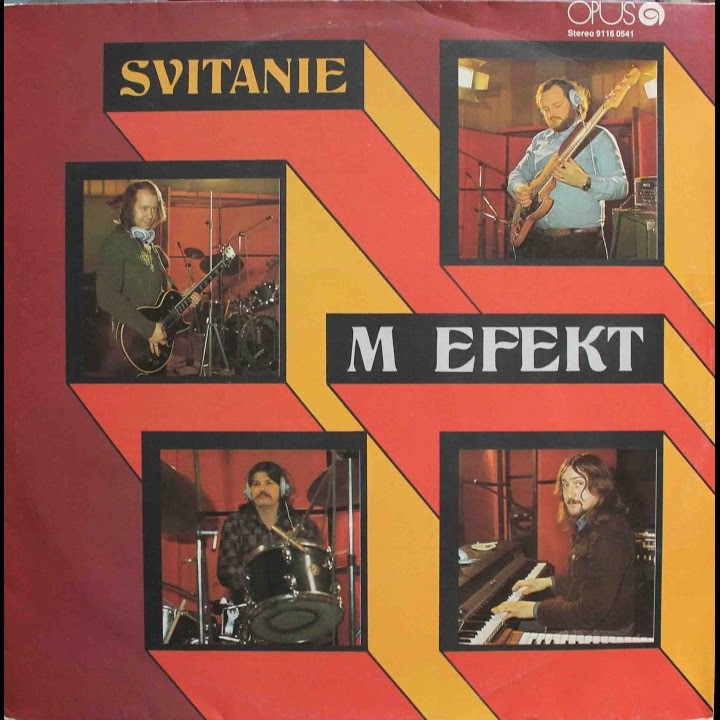 It's interesting to pause and think about just how much Radim Hladík's Blue Effect had accomplished by this point. A debut album of pop rock, a collaboration with Czech cohorts Jazz Q, and two albums of big band jazz rock, neither of which were direct copies of their influences. And then after all of these, they lost quite a bit of the jazz and released a terrific, slightly Santana-esque rock album which heralded the change back to the Czech language version of the band (and one very close to this tier as well — maybe some day). But while all of these covered a great amount of territory, it was really Svitanie that started the progressive rock version of the group by the addition of Synkopy's Oldrich Vesely, who could cover the funky electric piano material while also adding Arp Solina and solo synths. This allowed the band to move into compositional territory that married both the riff styling of fusion and King Crimson with song structures that featured a lot of long off-meter thematic material as well as some highly inside melodic moments. It made the first side of this album an instant classic, flat-out top tier material, all of this experimentation tied together by solo after solo from Radim Hladík who still to this day is one of the greatest most unheralded rock guitar players of his time. Side 2 was a side-long suite that takes a little while to get moving but eventually morphs into one of the oddest, staggered blues riffs, allowing Hladík more time to show his terrific chops. While this piece is certainly a solid piece of music, the whole thing ends up in this third tier by the sheer strength of the A side. And it was in fact this move into symphonic rock territory that would carry M. Efekt through the rest of the decade and into the 80s. (It also should be noted that there's a very nice career-spanning box set with of all the above mentioned material that's also rather affordable.)

Yanggeum at the Speed of Light