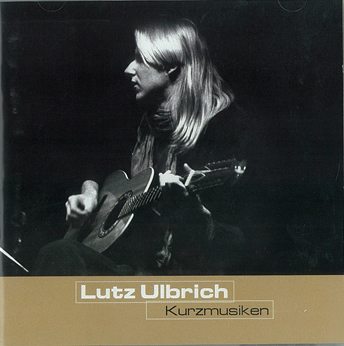 Inspired by the success of Ash Ra Tempel’s retrospective collection, The Private Tapes, Ulbrich decided to mine his solo archives as well, and the result is this 2CD assortment. Mostly in bite-sized chunks of a minute or two, the collection covers a wide array of material, from minimal electronic experimentations to straightforward guitar-based tracks. There are 50 tracks in all, each seamlessly fading into the next, like a series of short stories. Though many of the segments seem like undeveloped ideas, there is a charm in the simplicity of it. Nicely detailed liner notes tell the history behind selected tracks, with lots of interesting photos. Whereas The Private Tapes serves as a time capsule for the seventies, Kurzmusiken is from 1985 forward. Though Ulbrich says he chose tracks for musical character over sound quality, the quality is generally solid. Trying to describe individual tracks could fill pages. Everything from guitar to vintage synths and even banjo is featured. The style ranges from quirky catchy tuneful songs like “Moabit,” which runs right into “Mystisch,” a textural, unstructured, atmospheric piece of space music. This then runs into the aforementioned banjo in “Passant,” a light, playful tune. These three tracks to open the second disc give a good example of the wide range of material presented, all with a certain panache that make this thoroughly fun to sit back and experience.