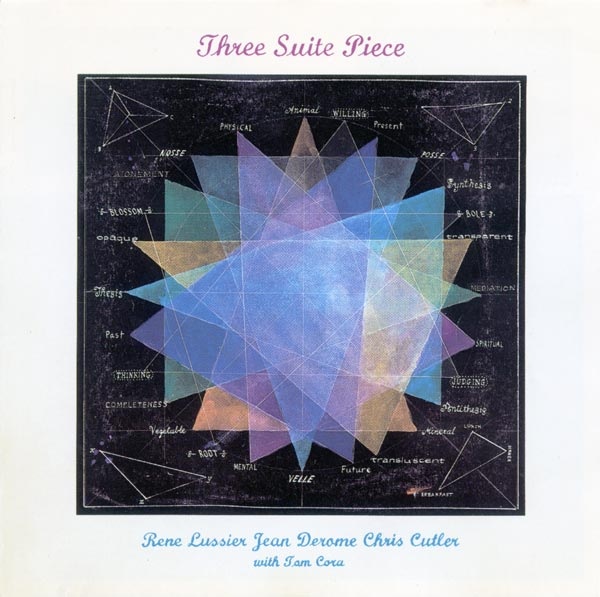 This project featuring Canadians Jean Derome (keys, flute, saxes, electronics), and René Lussier (guitars, percussion) along with drummer Chris Cutler, veteran of Henry Cow and countless post-Cow projects, was originally recorded in the late 80s, but has remained unreleased until now. It consists of three lengthy suites, which are broken up into numerous short one-to-three minute vignettes, some of which seem to be improvised, others composed, but all extremely original. Some of these almost seem like bits of soundtracks, with a familiar rock based structure and memorable melodic content; others are more avant-garde explorations — squeaking reeds, guitars and odd percussive sounds all going off at the same time with little relationship between them. Most fall somewhere in between. The exception is the ten-minute "Don't Worry Suite," a purely improvisational piece that was probably a lot more fun to create than to listen to; it gets of the ground at several points but seems to always return to chaos. There are some limited vocals on the other pieces, provided by Derome, but it's usually soft sung / spoken stuff that blends in with the avant-garde nature of the music quite well. Cellist Tom Cora (of Curlew) guests on "La Suite des Trois Pommes," giving that particular piece a very unique character among the others. In summary, this is not one for the Marillion crowd, but recommended instead for the intrepid explorers (you know who you are).