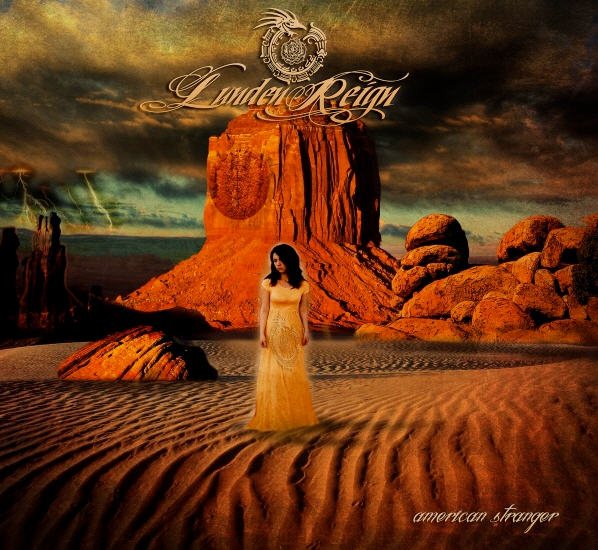 Once upon a time, there were girls in hard rock bands, though they were usually the singers, like Tina Turner or Janis Joplin; it was the guys who wielded the guitars and the chops. Then in the mid-70s, Heart changed all that, with the Wilson sisters commanding one of the most impressive hard rock bands of the day. Then came The Pretenders with Chrissie Hynde, and Joan Jett, and many more that followed their lead. At hand we have the debut album by one such band, with lead singer Nikki Lunden, and primary guitarist Lora G Espinoza-Lunden, both providing the compositions and lyrics along with producer Luis Maldonato, who provides additional guitars on all tracks. The remainder of the band appears to be a patchwork of players on the recording, track depending (two drummers, three bassists, an additional guitarist and a cellist on three cuts), although a quick look at their website shows that they are constantly gigging around Southern California, so there must be a regular live version of the band. Opening with the powerful “Love in Free Fall,” every track here embraces that powerful early 80s jangly power rock ethic that’s irresistible on a number of levels, with Nikki Lunden’s vocals (often dark and smoky, like a female answer to Billy Idol, as on “28If”) and Lora G’s guitars powering every one of the ten tracks here. There are backing vocal harmonies as well, adding a lot of power and punch to the proceedings. The interesting and angular chord progressions and melodies on the title track give this band serious progressive cred without all the symphonic pomp and lengthy excesses, a trend which continues from that point through the end of the album with cuts like “The Light,” “Hear Me,” and “When Love Lies.” There’s a lot of great rock here in a no-nonsense song-length format, reminiscent of those great years that seemed to be gone forever until I heard this.

Like Wendy - Endgame – This is the first Like Wendy release to feature new member Mark-Jeroen Heek who has joined fellow Dutchman and founder Bert Heinen as co-composer and instrumentalist (the liner notes equally credit...  (2006) » Read more