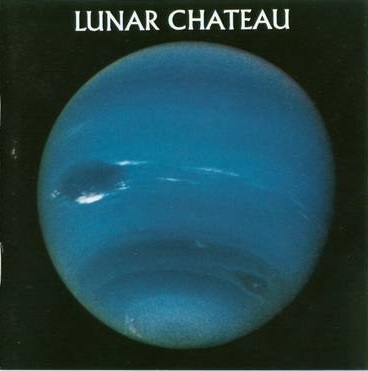 Lunar Chateau is a new band from the United States formed by the Sekulovich brothers, Novak (keyboards and vocals), Paul (bass guitar and lead vocals), and Milo (drums). Based on this information you might jump to the conclusion that Lunar Chateau would be an ELP clone. Not! Even though you can hear Keith Emerson’s influence on the two instrumentals, "The Thrust" and "Metropolis," the remaining music has closer ties to Camel and the Italian progressives. Paul’s mellow tenor, a mixture of Richard Sinclair and Jon Anderson, takes you on a very pleasant musical journey. The songs are well crafted and loaded with those little hooks that keep the music and lyrics running through your mind hours and even days later. The music itself is quite lyrical and complex. The best moments are Novak’s beautiful piano solos. Interestingly enough, Milo’s understated drumming in no way prepares you for the machine gun pyrotechnics on his three-minute drum solo piece, "Fearless." Lunar Chateau is a very well executed album and is one of the best of Musea’s contemporary releases. It certainly proves the United States is capable of producing quality neo-progressive music. By all means give Lunar Chateau a spin on your player.

Why does an American band go to France to get their CD released? So fans at home can buy it as an expensive import? Some things I'll never understand. Lunar Chateau is three brothers — Novak, Paul, and Milo Sekulovich on keys, bass and lead vocals, and drums respectively, from Wisconsin. Their music is for the most part an accessible blend of melodic rock with some progressive underpinnings, all tied together by Novak's outstanding keyboard work. One would expect — with a three-piece keyboard driven lineup — that the band would have a strong ELP influence, but this is clearly not the case as the writing is propelled more in an accessible direction without many overt classical influences. All but three tracks feature vocals, which seem to be most at home backed by piano as on "Ancestors" or in combination with synths as on "Brothers in Blood," yet the vocals throughout are very simple (unexpressive) and plain, the lyrics being enunciated to annoying crystal clear perfection. While the music tends to be on the lighter side, the basic compositions are solid and catchy, and there are some nice changes and beautiful piano solos, as on "Aurora Borealis" and several others. Worthy of special note is the track "Fearless," where Milo shows what he can do left alone on the kit. Unfortunately, too often throughout the album the overall result is just too pure, clean and happy for my tastes. It needs to rock a little harder, too, although I'm sure there are some who would like this just the way it is. These guys are definitely talented and show a lot of promise.