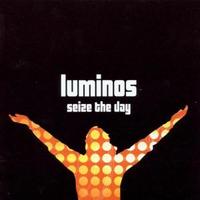 Seize the Day is the debut from this quartet from northeastern England. Musically, they fall roughly into the same realm of symphonic- and neo-prog-lite as Guy Manning or Mostly Autumn (sans Celtic influence). Lead vocal duties are shared by Anni Meehan and rhythm guitarist Neville Dean, and though neither is a noteworthy singer in their own right they harmonize very well together. In fact, their harmonies remind me of the 80’s band TPOH. Some may also want to draw comparisons to early Renaissance, though Luminos interestingly lacks a bassist and are more conventionally pop-rock sounding. The real Renaissance similarity is in the group’s creative format. Many of songs were written by lead guitarist Lee Williams and lyricist Emma Higgins, recalling the Dunford / Thatcher partnership. They deal with life, love and happiness from an everyman perspective, or at least an everyman living in a relatively quiet part of England. Accordingly there’s an innocence to the band’s material that verges on folk-rock in places. Williams is the strongest musician in the group and provides most of the instrumental interest, perhaps best seen in his fiery solo in the opener “Inner Self” or in his instrumental “Echoes in a Lonely City.” I sense this is a popular band on the local club and festival circuit since their uncluttered and honest approach probably makes them very likeable in a live setting. With a bit more seasoning as musicians and experience with the studio, I sense they could do quite well with the Classic Rock Society crowd.