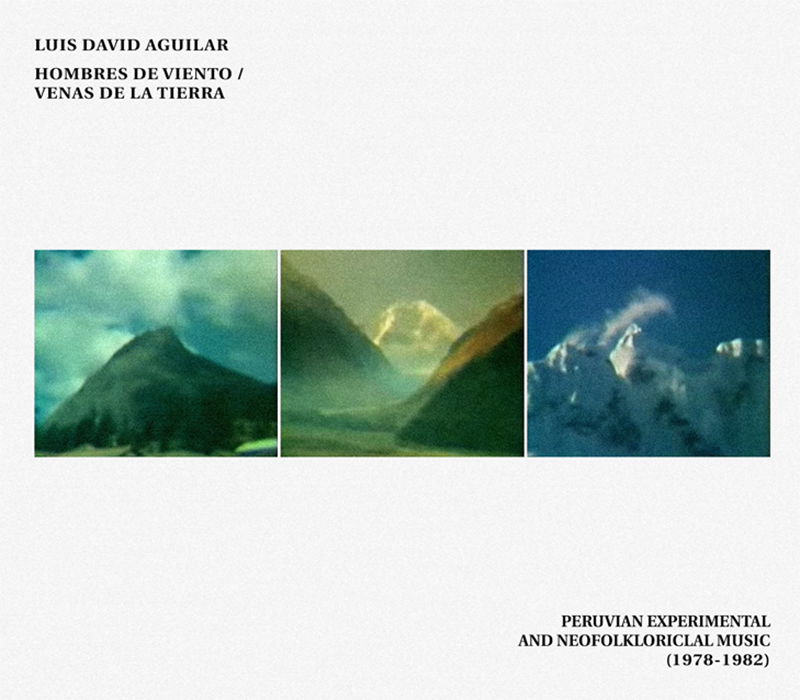 This limited CD reissue of the film music of composer Luis David Aguilar is part of the Buh Records "Sounds Essentials Collection," a rescue project of several essential works of Peruvian avant-garde music. The long title refers to the album's two long tracks (13 minutes and 32 minutes respectively), which translate to roughly "Men of the Wind" and "Veins of the Earth." The former is music that accompanied a short documentary about the job of the workers of the ashlar quarries in Arequipa, and their early deaths due to the hazards of their work, many caused by gigantic pieces of ashlar (finely dressed / cut / worked stone) collapsing onto the workers, and others due to developing pulmonary deficiency caused by inhaling the dust generated by massive mine collapses. "Veins of the Earth" is music composed for a mid-length film of the same name by the talented document filmmaker from Arequipa, José Antonio Portugal. The previous existence for both was only as accompaniment for the films they were written for, so the term ‘rescue project’ truly applies here, although a listener will most likely encounter these two immersive masterpieces completely out of context, with no previous knowledge of the films they accompanied. Throughout both one will hear a number of native peruvian instruments like pututus (Andean wind instrument made from a seashell), quenas (traditional wooden wind instrument), zampoñas (pan pipes), wakrapuku (traditional wind instrument made from a goats horn), pitos (whistles), claves, shacapas, tinyas (traditional drums) of different sizes , cymbals played with a bow, as well as human voices, and Western instruments like viola and prepared piano. As mentioned previously, the music here is completely immersive, and listeners will find themselves in a different culture half way around the world, without any of the standard references of Western popular music anywhere in sight. The different wind instruments in conversation with one another, the shakers, drums, and other percussives, sometimes seemingly random, the piano played from the inside like a harp, as well as some studio effects and electronics all come together to make this an incredible journey into a different culture and time. These are soundtracks, after all.